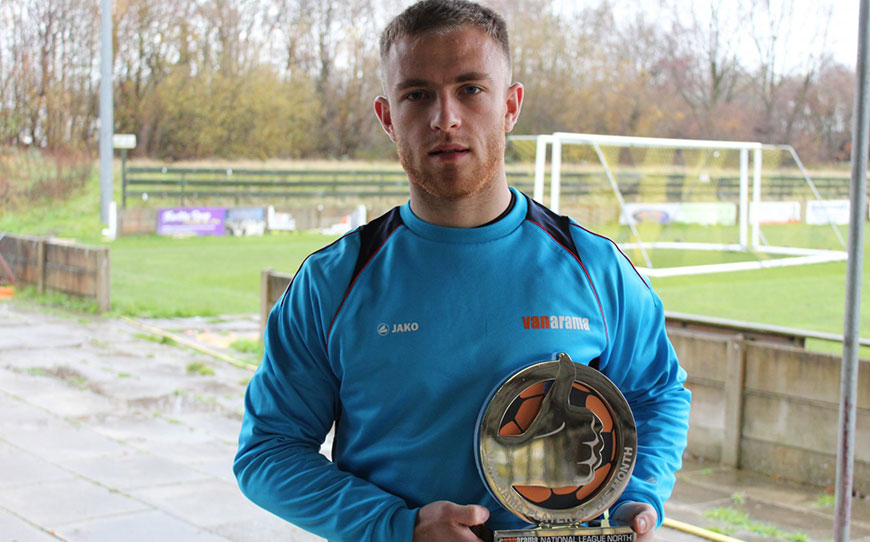 The 26-year-old returns to the EFL following a six-and-a-half-year absence, since being released by Nottingham Forest in 2014.

At Southport, the Northern Irishman established himself as one of the top players in the National League North, captaining the club and being named in the division’s 2019-20 Team of the Season.

Alongside his football, Morgan also pursued a degree in Sports Writing and Broadcasting at Staffordshire University, achieving first-class honours in 2016.

“David is a good player, I’ve watched him numerous time at Southport and he’s been comfortably their best player,” Manager John Coleman told Stanley’s website. “He can be an attacking or defensive midfielder, he’s got a terrific shot on him and a good range of passing as well.

“He hasn’t been playing full-time football but he did his Youth Training Scheme (YTS) at Nottingham Forest, he’s a fit lad and I don’t see it as a gamble.

“He’s a man who has played a lot of football matches and he’s done consistently well for Southport. This is a chance for him in the Football League and these lads tend to grab it with both hands.”

Morgan, who is also a qualified PE teacher, said: “This came around quickly, but these things happen in life and you have to take the opportunties when they arrive.

“Initially, I signed at Nottingham Forest, I have been around quite a bit in non-league, had different loans and then settled at Southport for two-and-a-half years, played over 100 games and was the club captain.

“It’s always been my dream to get back into full-time football and I will be totally honest with you, as the years go on, at 26, I didn’t think I would get another opportunity to get back into the EFL and I have got to say thank you to every one at Southport and Accrington for giving me this chance.

“I am experienced enough to know that there is no one else it is down to now, it’s all down to me. I am a qualified PE teacher and I did have plans to move on, but I am glad this opportunity has arrived and I will make the most of it.

“Ross Sykes came on loan to Southport, Dion (Charles) came from Southport to here and I am in touch with him regularly, I know Colby (Bishop) from non-league and it’s nice I know quite a few of the lads – that will help me settle in.

“I have my own gym at the house, I do try and do my own bits, but that’s nothing to compare to full-time football and hopefully I can get up to speed quickly.”