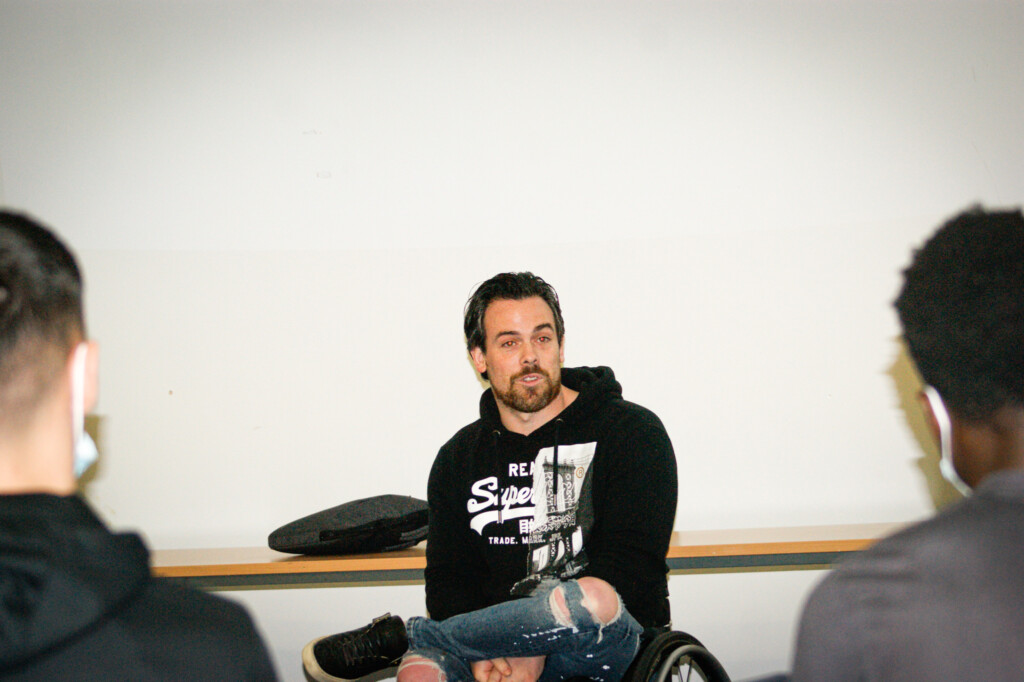 During his second season in Yorkshire, Peter’s life took a tragic and unexpected twist when he was involved in a life-changing car accident. The injuries suffered that day left him unable to use his legs and, as a result, forced him to rebuild aspirations in life.

The apprentices were able to hear about how Peter has since represented his country in a different sport. Wheelchair Basketball has provided him with the competitiveness and adrenaline that he thrived off during his time as a professional footballer at Elland Road. During the session, Peter also discussed how he has turned his hand to media work, in both acting and presenting, which has seen him feature on some of the UK’s most popular television programmes.

Morecambe’s young footballers listened carefully to Peter’s story and left feeling inspired by the resilience and determination displayed throughout what has been a long journey to where he is today.

Overcoming adversity is a topic that is covered in depth during LFE’s Life Skills and Personal Development programmes, and Peter is an exemplar of this.

“The talk provided scholars with the opportunity to recognise that life can change at any moment. The result of these changes can alter an individual’s life forever. Hopefully the apprentices will realise what a great opportunity they have with all aspects of their apprenticeship programme and make the most of it to forge their own future careers.

“Sometimes players can take what they have for granted and not value the opportunities they have in life. Listening to Peter’s journey provided the apprentices with a perspective that should drive them on to achieve to the best of their abilities. As Peter highlighted in his talk, if you can look at yourself and say you have given everything you have, it can provide you with great inner satisfaction of having given your best no matter how things turn out.”