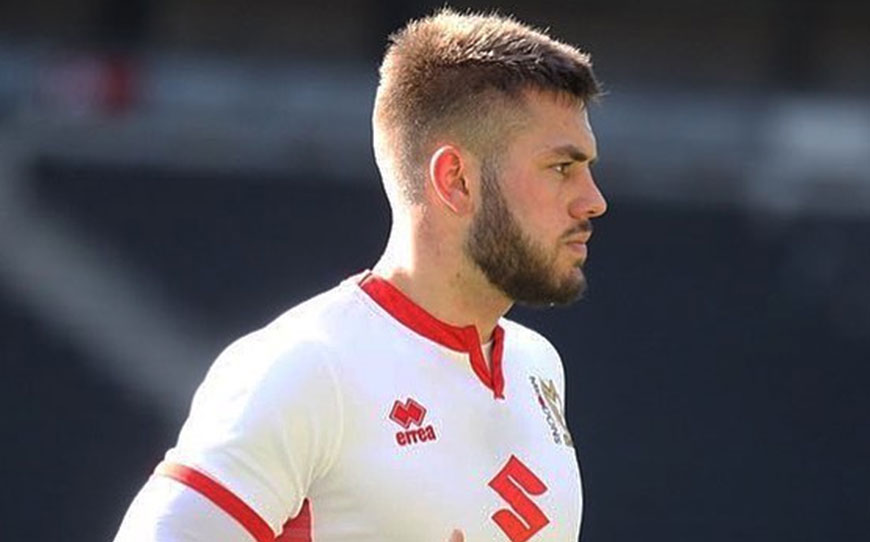 Milton Keynes Dons defender Finn Tapp has penned his first professional contract, agreeing a one-year deal with the option of a further 12 months.

The 18-year-old was a key contributor to the club’s run to the fourth round of the FA Youth Cup this season, as well as topping the EFL Youth Alliance South East regular season table, while he has also been a regular in the Under-23s, who have reached two finals.

Tapp made his first-team debut in the first year of his apprenticeship, scoring a late consolation goal just minutes after being introduced off the bench in a Checkatrade Trophy defeat to Norwich City in November 2016.

The promising youngster told the club website: “I’m ecstatic, after being with the club for 10 years, to put pen to paper on a contract – I couldn’t be happier.

“I can remember watching MK Dons at the National Hockey Stadium and as an Under-8 when I started training with the club. I’ve been here for most of my life so MK Dons has a special place in my heart.”

Interim Academy Manager Simon Dwight said: “I’m delighted for Finn – his attitude towards work this year has been superb. He is a hard worker, a leader and has demonstrated his qualities as captain for the Under-18s this season.

“I first met Finn when he was eight-years-old and he’s developed into a fine young man. Hopefully he develops into a fine player in the future for MK Dons.

“Finn has embraced the education programme that the Academy delivers and everything that he’s put his mind to he’s achieved – that makes him good material for the first-team.

“He has the presence of a resistant, knowledgeable young man that others will follow. The step up for him now is to take on what he already knows and turn that into a professional mentality to succeed in a first-team environment.”

Senior Phase Development Coach Edu Rubio added: “I’m very pleased for Finn. He’s had a very good season but, not only that, he’s been one of our best players in the Academy over the years and I’m delighted that he’s been given a contract.

“I think Finn’s leadership, his steadiness and his communication skills have always been very good both on and off the pitch. Sometimes you need certain players to take your ideas on the pitch and make sure the team stay calm in moments of panic – Finn provides that.

“He’s been crucial for the Under-18s, where he’s been captain and has been a very important player for the Under-23s. I am truly delighted that he’s signed a contract with us.”