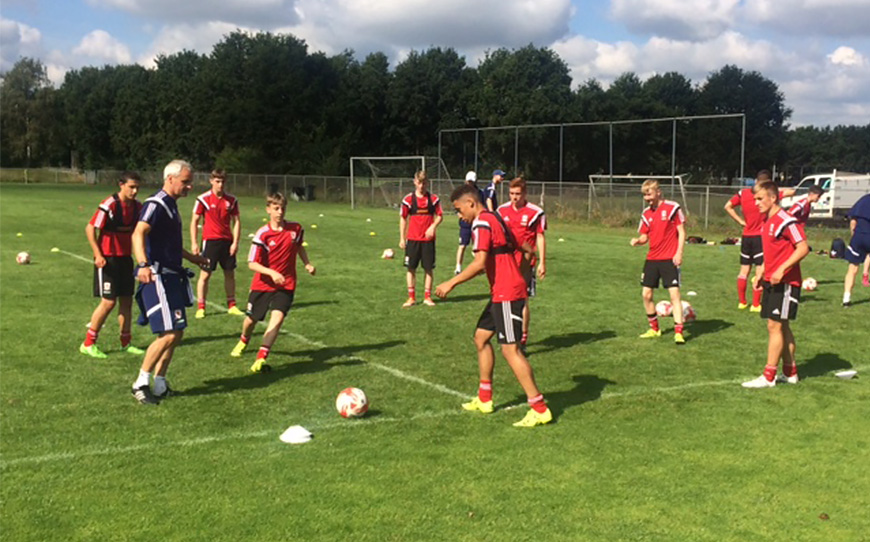 Middleborough’s U-18’s are coming towards the end of their first week away in The Netherlands. The youngsters have been hard at work so far, training vigorously as they prepare for the new season.

Away from the training pitch the Boro boys have been relaxing and are also taking in some Dutch culture. Today (Friday 31 July) they will visit the National War and Resistance Museum in Overloon, the sight of a tank and infantry battle between Allied and German forces in 1944.

The trip is the perfect opportunity to reflect on the past before they turn their attentions to their first match of the tour, a tricky test against FC Twente’s U-19’s tomorrow afternoon (Saturday 1st August). Rounding off the week on Sunday, will be a tour of the Amsterdam Arena, home to Dutch heavyweights Ajax.

Later in the day, the players will also be attending the Johan Cruyff Shield clash between Eredivisie champions PSV, and national KNVB Cup winners Groningen.

During the second week of the trip, the youngsters will play further games against VfL Bochum and FC Utrecht before heading home.