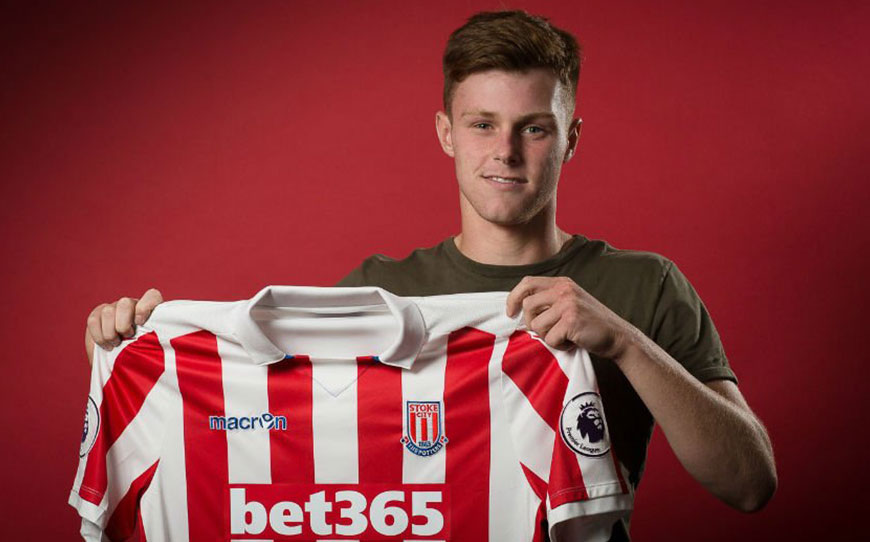 One transfer that went under the radar on deadline day was Stoke City’s capture of teenage defender Cameron McJannett from League Two club Luton Town.

McJannett was part of a hugely successful Hatters Under-18 side last term that won the South East Youth Alliance league and cup double, while also reaching the quarter-final stage of the FA Youth Cup.

The left-back gained his first taste of senior football during pre-season, featuring in friendlies against National League opponents Boreham Wood and Woking.

“We came to a decision that we didn’t want to stand in the boy’s way because his pathway is blocked a little bit here,” Luton manager Nathan Jones told the club website.

“But we felt that it was a good deal all-round because we have some who are ahead of him at the minute and we didn’t want to curtail his career development.”

There has been a conveyor belt of young talent being produced at Kenilworth Road of late, with a host of players receiving senior debuts in recent weeks.

“It’s not the only Premier League approach we’ve had for our players. I keep saying it, but the board have done fantastically well to allow us to keep hold of these players and we aren’t a selling club.

“We want to keep moving forward and to do that we have to do certain things. This is a good bit of business for everyone concerned.

“Stoke have got a very good player, we have made good money we can put back into the redevelopment of the football club in all departments and the young lad gets an opportunity that he dreams of. We wish Cameron every success at Stoke and for the rest of his career.”

Youth team manager Paul Driver added: “I am really pleased for Cameron. He thoroughly deserves his chance with a top club like Stoke.

“He is one of the most organised and professional lads I have had the pleasure to work with – a great role model in how to carry yourself if you want to improve and succeed.”

McJannett, who turns 18 next Tuesday, said: “It’s a great, unexpected move and I’d like to thank everyone at Luton Town who have helped make it possible.

“I first came on trial when I was seven years old, so there are so many coaches I want to thank and especially Paul Driver and Andy Awford for the belief they’ve shown in me.

“Last year was brilliant with the youth team and I’ve thoroughly enjoyed being around the senior squad so far this season, so I’d like to thank Nathan and all of his coaches for their help too.

“I’m proud to have played for Luton Town. The club has been such a big part of my life.”