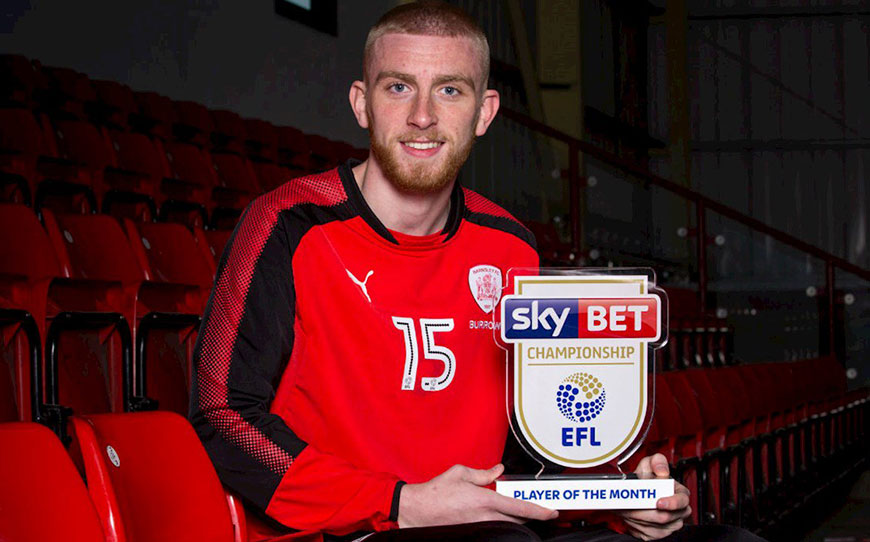 Former Bradford City apprentice Oli McBurnie has been awarded Sky Bet Championship Player of the Month for February after a stunning start to his loan spell at Barnsley from Swansea City.

The 21-year-old, who featured in LFE’s ‘The 11’ in October 2013, made an instant impact by netting four goals in four starts, including a double in a 2-0 win away to relegation rivals Birmingham City.

“It’s deserved, he’s a young player with an influence on the team,” Barnsley manager José Morais told the EFL website. “So far he’s been excellent and scored four goals in four games in February which is great for us.

“He’s creating a strong impact in the team and this proves he’s a talent, and a young talent too, I totally agree with the award being given to him – we are thankful for this.”

McBurnie said: “It is the best start I could have asked for on a personal note. Coming out on loan, it was about coming down and getting some games and scoring some goals and thankfully this month I have been able to do that. It’s a good start and hopefully now I can carry it on.

“The boys have been a massive help, settling in straight away is a massive part when you come on loan.”