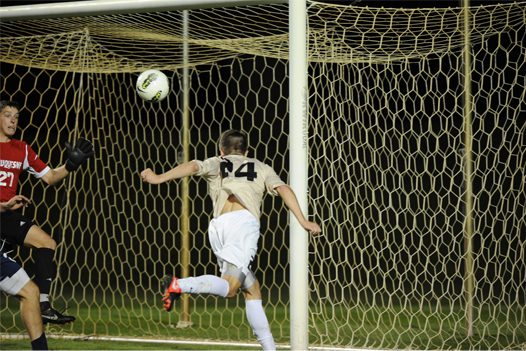 Former Preston North End Apprentice Matt Dudley is making a name for himself while adjusting to life as a student-athlete at Oakland University in Michigan, USA.

Dudley secured a four-year soccer scholarship to attend the NCAA Division I institution and since moving across the Atlantic in August has been named Summit League Offensive Player of the Week, scored three goals and made five assists.

The attacking midfielder received his Player of the Week accolade after netting a match winning goal in a 2-1 win against Duquesne and opening the scoring in a 5-1 victory against defending league champions Western Illinois.

A good start to the campaign for a first-year student-athlete, otherwise known as a Freshman, and a promising one for the Golden Grizzlies too who have won nine of their thirteen outings and sit top of the Summit League.

A great week for Matt, he has really been adjusting nicely to the collegiate soccer game. We are starting to see pretty consistent production from Matt on the scoresheet each game and he keeps improving from game to game, so this was a great belated birthday present for Matt to get this honour!”

The man who identified Dudley is Pogue’s Assistant Coach, Andy Wagstaff, an Englishman and ex-Apprentice himself who is tasked with the Golden Grizzlies’ international recruitment:

Wagstaff told LFE: “This year we’ve brought in Matt and Elliot Tarney, a goalkeeper who was released by Blackpool and played in the Assessment Trials. They are two great assets to the squad and will only become more valuable over the four years ahead.”

“We’re always on the lookout for next season and as so far has proved with Matt, England has some great candidates for the American University opportunity.”

Oakland University supported both LFE’s Assessment Trials and Create Your Legacy 2012 to offer a pathway as well as advice and guidance to released Apprentices about the USA opportunity which is being taken up by a growing number of ASE graduates.