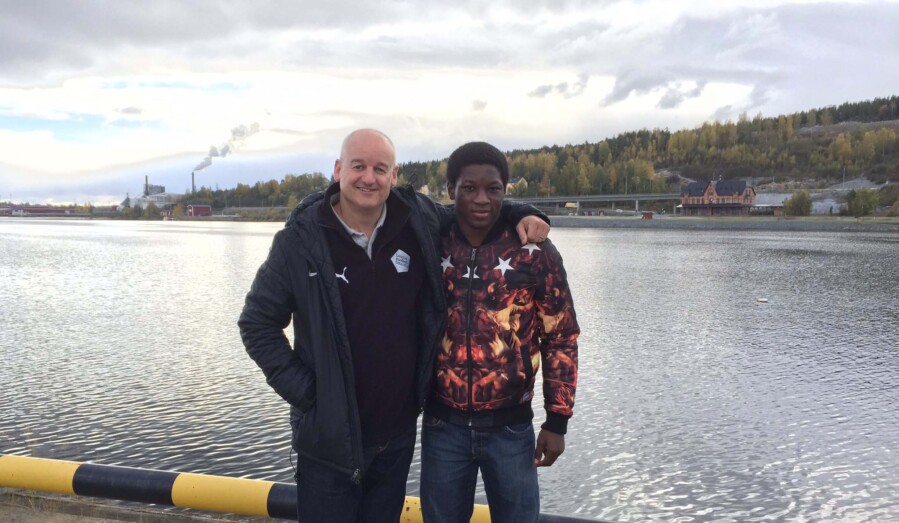 League Football Education would like to pay tribute to former Leyton Orient apprentice Shola Oladipo who sadly died in his sleep at the age of just 25.

In 2015, having completed the LFE apprenticeship programme and gaining his BTEC in Sport from Rushcroft College, Shola spent three months with Swedish Second Division outfit Gottne IF as part of LFE’s player placement initiative. He enjoyed living independently in the coastal town of Ornskoldsvik on the Gulf of Bothnia in north-east Sweden and represented himself magnificently during that time.

“Shola was so good with us,” said Gottne IF manager Jens Lindahl. “He was a good guy who did everything correctly. He was a quick and dangerous winger. We are so sad to hear this.”

LFE’s South East Regional Officer Gavin Willacy, who worked closely with Shola during his apprenticeship at Leyton Orient, said: “Shola was a lovely lad. He was quiet and low maintenance at the club and college. He just got on with things and was a decent player. He really surprised me with how well he did in Sweden – moving out of London to somewhere so different really brought the best out of him.”

Back in England, Shola played for Walton Casuals alongside his university studies, before moving into business.

LFE would like to send their condolences to Shola’s family and friends at this difficult time.