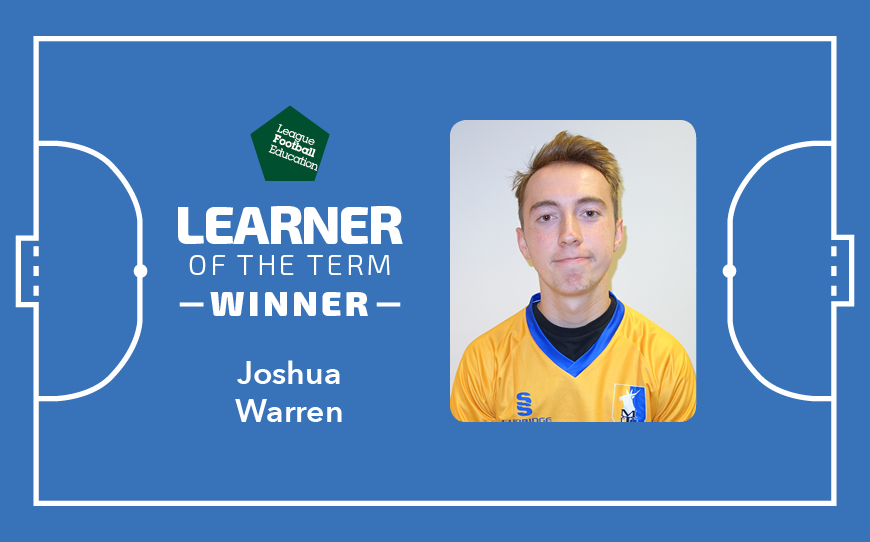 Joshua has made tremendous progress as a student, player and person since joining Mansfield Town’s Football in the Community programme in September.

Having been quite a withdrawn character at the start of the course, he has developed socially within the classroom and has also made gradual improvements in being more vocal on the Futsal pitch.

Joshua’s initial lack of confidence in his own ability in a game situation meant he began the academic year in Mansfield’s Development Team. However, thanks to the club’s coaching and his dedication to training sessions, he has been promoted to play in their National Team, in which he is now comfortable and is viewed as an important part of the side.

Education Officer Elizabeth Regan told LFE: “When Joshua started he was nervous, anxious and very quiet. He had little confidence in his own ability in the work that he was producing and in his Futsal skills.

“Josh was part of the NCS programme that we incorporated into our Futsal programme in November. He found this a really big challenge as he had to face pretty much all of his biggest fears in one residential trip. But he pushed himself and completed every activity on the programme and did so to the best of his ability, even when his legs were shaking with fear!

“Since returning from the NCS programme, Josh has shown a huge increase in his self-confidence. In his work, he has pushed himself to do more and has now been moved onto the Extended Diploma as the improvements in the work he has been producing have been excellent.

“He is now comfortable working and chatting socially with all of his peers, the staff and is becoming more confident in asking for help when and if he needs it.”