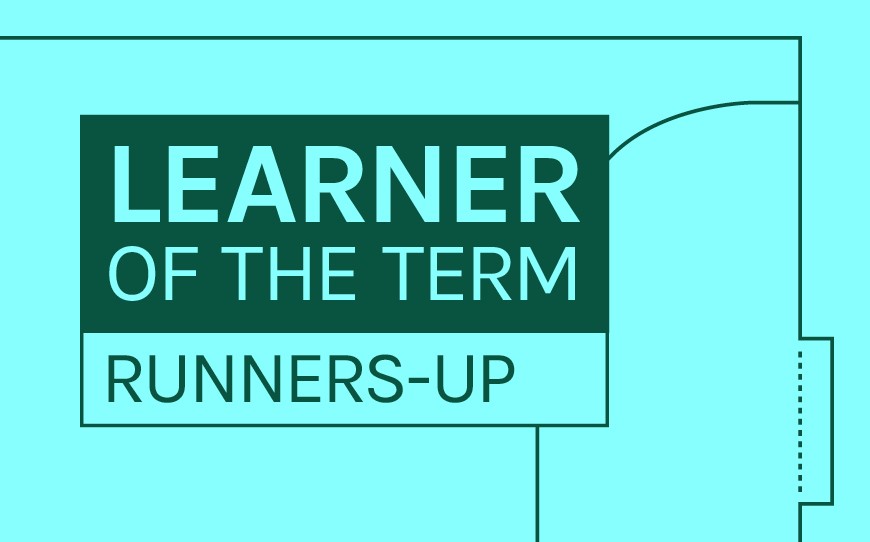 Students have received recognition for their excellent academic progress and positive contribution at their club by making the shortlist for LFE’s Learner of the Term for September to December 2020.

Here are the runners-up for the main prize, who have all been awarded a £40 Amazon voucher:

Stefan Wilson, BTEC Tutor, told LFE: “Katie has settled really well into a male-dominated course, where she is the only female. Katie maintained 100% attendance and punctuality throughout term one and is submitting all her work on time, and to a good standard.

“Alongside her studies, Katie has been volunteering with the Trust within our school sport department. Feedback from delivery staff has been positive and they have commented on Katie’s positive and enthusiastic attitude.

“In addition, Katie unfortunately had to deal with the loss of her father during term one. She showed an exceptional level of maturity and resilience whilst dealing with this situation to continue with her busy college and volunteering schedule. She has been a credit to herself and her family during this challenging period.”

BTEC Education Tutor George Harrold told LFE: “Brandon showcases a hardworking attitude towards his classwork and his assignments, and consistently puts in 100% effort within the college football programme.

“He is now in his second year at the college and continues to push himself term by term with his work on and off the pitch. This has been a tough year for all, but Brandon has never missed an online lesson and has never missed an assignment deadline. Brandon also lives quite a distance away from the college and has to get multiple buses in to attend lessons. Despite this fact, he is always the first student in class, with his laptop out ready to start the lesson.

“Brandon is a valued member of the boys second team, where he is not always as capable as some others, but will always put 100% effort in. This was typified by his tireless performance against a team that were two leagues above the second team. He did not stop running and chased down every ball that was around him.

“Brandon is also incredibly helpful around the training pitch, volunteering to retrieve any footballs that have been kicked over and will often voluntarily help the coaches with setting up and tidying up the coaching areas.

“Brandon has grown in confidence recently. He used to struggle to ask for help and would not enjoy contributing answers in lessons in front of the other students. This is a stark contrast to the way he conducts himself nowadays. He is a confident, well-rounded individual with a bright future ahead of him.”

Laura Went, Senior Lecturer, told LFE: “Abbie has made an impressive start to her time with us at Fleetwood Town Community Sports College, keeping 100% attendance in her first term. As well as her excellent engagement in class and being able to produce high quality work, Abbie has shown great compassion to those around her.

“Whilst in college, Abbie has volunteered her time at any opportunity. In the first term, she worked within the club’s analysis department, where she recently filmed an FA Youth Cup game, which was broadcast live on the club’s YouTube channel.  She also spends every Sunday filming and analysing the academy games, in addition to playing herself for her local team, Blackpool Town.

“Abbie has taken a keen interest in media and is hopeful of setting up a work placement when we return to college after the lockdown. As well as this, she has shown a great desire to research into all aspects of different careers and regularly attends any career workshops that are provided to her.

“Even though Abbie is the only girl in her class and year group, she has not let this affect her and has shown real leadership skills within the classroom and on the football pitch. She has developed in confidence and is able to communicate well with staff regarding any situation.

“Abbie is officially a young carer to her younger brother, Tyler, who has Cerebal Palsy and Dandy Walker Syndrome. Within this role, Abbie undertakes hydrotherapy and therapy sessions with him, while also assisting him with dressing, showering and online lessons. Abbie speaks about him with pride and thoroughly enjoys her time providing love and support to him, which has become even more prominent since the pandemic.

“Even though this takes up a lot of her time, she ensures that this does not affect her education, completing everything asked of her to a high standard. As well as being Tyler’s carer, Abbie led a fundraising project for him, so that they could access more resources and equipment which helps towards his care. She raised over £15,000 to this cause, which is a fantastic achievement.

“I really feel that Abbie has shown selfless determination to support those around her, while also being able to achieve highly within her education and continues to show great passion for sport and developing herself further.”

James Sellars, Education Tutor, told LFE: “Joe leads by example both in the classroom and out on the field. He is a leader within the group, with all his peers looking to him for advice or inspiration when needed.

“He regularly acts on these leadership skills in a positive way by ensuring that his cohort are listening to key information. He is also very encouraging to others and is more than willing to go the extra mile to help.

“Joe is a straight distinction student who has made ease of the transition into further education. Likewise, Joe excelling in his football by gaining the opportunity to train with Sheffield United’s academy. As well as completing all work before deadlines on a Monday and Tuesday, he then trains with the academy on Thursdays and Fridays.

“We as a foundation receive regular feedback from the academy as to how well Joe is developing as a young goalkeeper. This is testament to the hardworking, dedicated student that he is. We are proud of the way Joe has conducted himself throughout the first semester. He is a real credit to have within the football and education academy here at Sheffield United Community Foundation.

“Knowing the motivation Joe has for this course, we hope to build on this initial semester to further develop Joe’s academic and footballing capabilities to achieve excellence.”