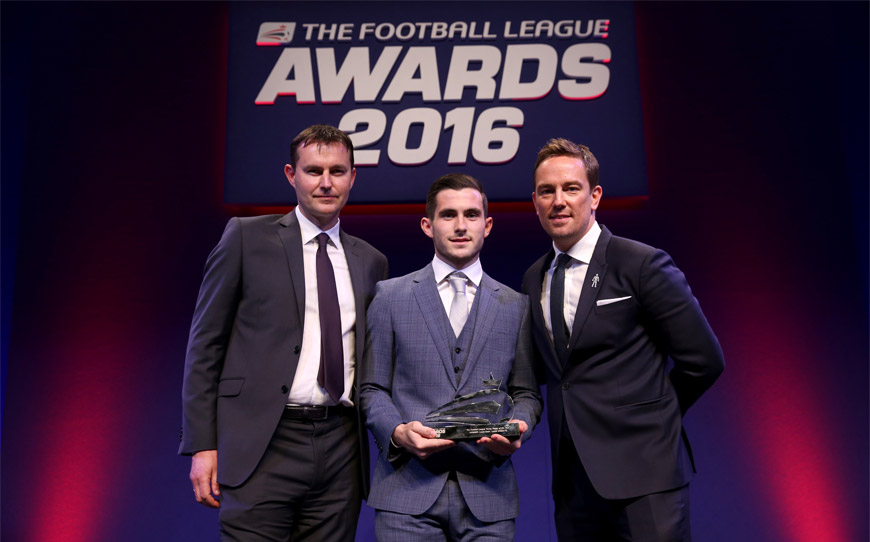 One year on from being named as The Championship Apprentice of the Year, Cook has been rewarded for an outstanding season at the heart of the Leeds midfield.

He succeeds last year’s winner Dele Alli and the likes of Gareth Bale and Wilfried Zaha, who are former recipients of the award.

Cook took the prize ahead of Fulham’s Moussa Dembele and Walsall’s Rico Henry. The teenager who has represented England at youth level, turned 19 in February and has continued to enhance his burgeoning reputation with some superb performances in what has been an undulant season for his club.

Cook said: “I’m immensely proud of myself and I want to thank the club and my family for everything they’ve done. It’s a bit of a surprise as there’s a lot of good young talent in The Football League, so I’m extremely happy.”

Presented to the best player in The Football League under the age of 21, or in the season in which he turns 21, the Young Player of the Year award celebrates the emergence of young playing talent at The League’s 72 clubs.

Each season, Football League clubs invest more than £60m on identifying, training and educating the next generation of football talent.