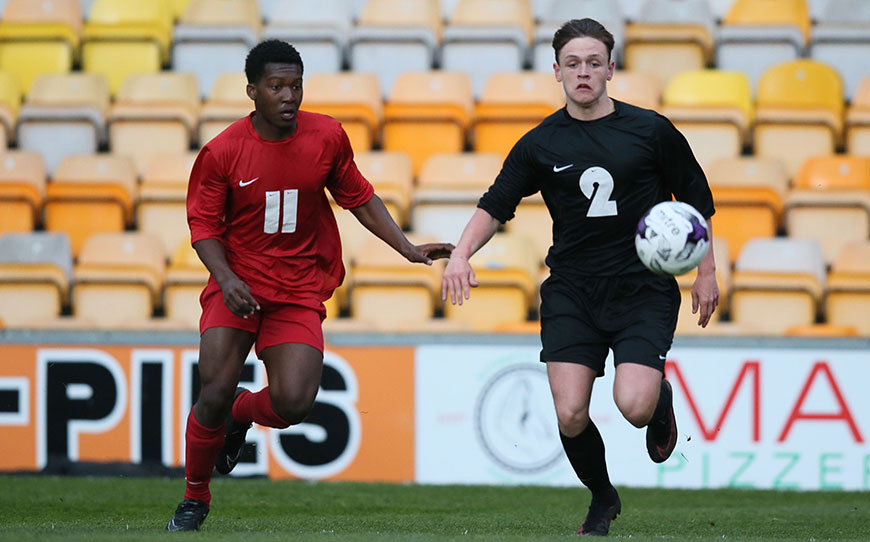 Oldham Athletic full-back Ryan Leonard is planning to pursue a career in medicine if he doesn’t succeed as a professional footballer.

While Leonard’s desire to earn a professional contract still burns brightly, the 18-year-old has admitted that he has already made arrangements which will stand him in good stead if that doesn’t happen.

Speaking to LFETV at this year’s Assessment Trials, Leonard cast aside any negativity, suggesting that even though he has not given up on his dream yet, the traits and skills he has developed as a footballer will help him in prosper in the future.

“It’s difficult to take at first but one thing I have learnt in football is that you have to keep going, keep working hard and maintain a positive mentality things will work out for you,” he said.

“Obviously I’m hoping to get a professional contract but if that doesn’t come off then maybe I will look to play semi pro football and go and do A Levels back at college, studying towards becoming a doctor.”

A transition of this nature is not something that Leonard is taking lightly, it is something that has been a consideration from day one of his apprenticeship, with the route towards becoming a fully qualified doctor likely to carry him beyond his mid-twenties.

“I’ve always given that thought and been planning for every eventuality particularly from the age of 16 when I was given a scholarship. I did well at school and always planned to go and do A Levels. I’ve been offered a place back at college and I’m looking to do Biology, Physics, Maths and PE and then from that go on to do a degree in medicine and push on to be a Doctor,” he continued.

“I think I’m the only one from Oldham that wants to go down that sort of route but that has always interested me. I’ve always given one-hundred per cent in everything I do. I had a place to do A Levels before I was offered a scholarship but I wanted to give one-hundred per cent commitment to football and if it doesn’t work out I’ll do the same with A Levels.”

Leonard also paid tribute to the work that LFE and The Professional Footballers’ Association do to support players during and beyond their apprenticeship.

“That support is massive,” he added. “You get times when you’re down in football and they are always there to support you. LFE’s regional officer (Craig Skinner) has been in around the club every six weeks and you just know that LFE are there to support you whenever you need them.

“The PFA have spoken to all the players that took part in the trials and just said ‘if we need them in the future we can give them a call and there’ll be there. They will try and help us with whatever we need whether that’s funding for operations or any support for future career options or courses that we want to do.”