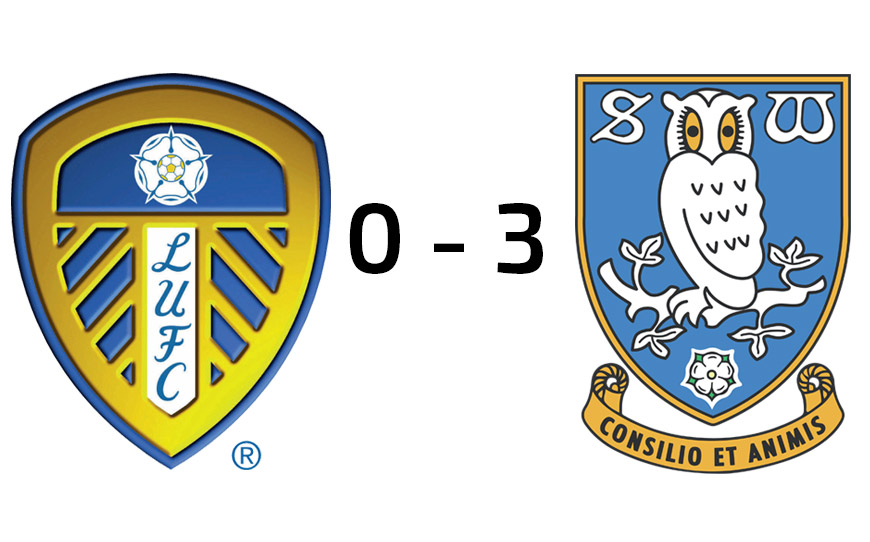 Joe Cook’s simple finish from a corner in the opening exchanges was added to by Bangura and Hirst’s quick-fire strikes to seal a 3-0 win for playoff-battling Wednesday.

The contest sparked into life in the 10th minute, when a searching corner was bundled home at the far post by centre-back Cook, to give Wednesday an early advantage.

A relentless wave of first-half attacking pressure saw The Owls come close to doubling their lead. Liam Waldock’s pinpoint pass found the onrushing Fraser Preston, whose searing shot forced a strong save from the outstretched Will Huffer in the Leeds goal.

However, an obdurate Leeds defence continued to thwart Wednesday after the half-time interval, with Hirst’s free-kick from close-range spectacularly tipped behind by Huffer.

The Owls finally bagged a second in the 77th minute through former Broxbourne Borough starlet Alie Bangura, with the Wednesday new boy tapping home after a chaotic scramble in the Leeds box to all but secure three points for the visitors.

Seconds later, Wednesday added a deserved third, with England Under-18 international Hirst darting into the box before lashing a thunderous effort beyond the stricken Huffer to cap the scoring.

Leeds coach Mark Jackson was particularly pleased with his young side’s efforts, despite the nature of the result, and is hoping a shortened injury list can propel his side away from the bottom of the PDL North:

“We’re proud of our performance, the age of our team was very young, we had under 15s and under 16s in the starting eleven,” Jackson said.

“It’s a big learning curve for them, and in the long term the experience and being exposed to this level will benefit them.

“The injury list is very long at the club, so the younger players are having to step up. We have players coming back who will make the side stronger, but I’m proud of those young players out there.

“We’ll be hoping to get the injured players back on the pitch, focus on the young lads learning from their mistakes and hopefully get some results between now and the end of the season.”

Jackson’s opposite number Steve Haslam lauded Wednesday’s dominant performance, and highlighted the positive air around the playoff-hopeful Owls side as a key factor to their success:

“It was a positive result, I was really happy with the way we passed the ball and thought we dominated possession,” Haslam said.

??“It was a really good performance and to underline that we managed a clean sheet which is always important.
“We’re second in the league so we’re positive. Alongside that we feel that we’re getting development out of the players which is key, we’ve got the quality – which was on show”??