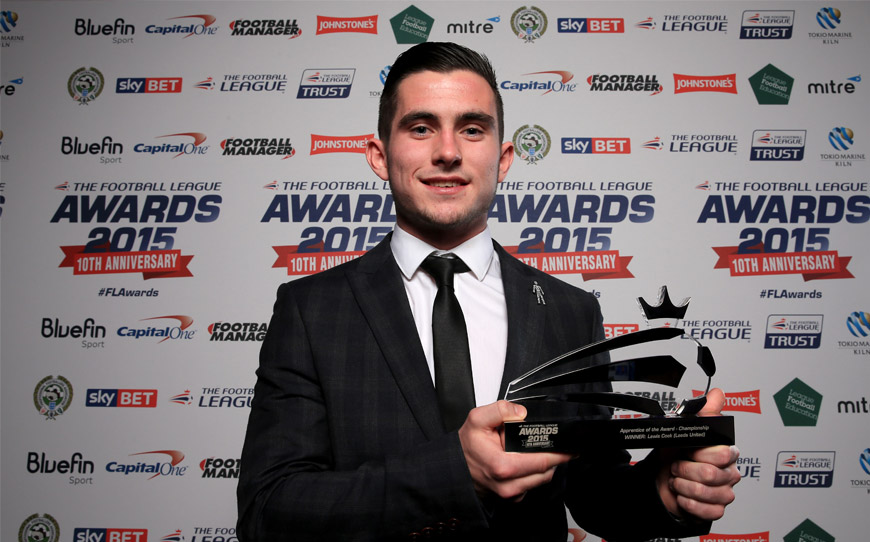 Leeds United executive director Adam Pearson has ‘laughed off’ suggestions that the club may consider scaling back its academy.

With Uwe Rosler’s first-team likely to include at least four academy products for the season opener against Burnley on Saturday, the club’s production line has seemingly never been more important.

Lewis Cook’s (right) rise to prominence last season highlighted the system’s success, with the 18-year-old recognised as LFE’s Championship Apprentice of the Year for 2015.

However, the club’s owner, Massimo Cellino, has long complained about a training complex which costs more than £600,000 a year to rent, while Neil Redfearn, Leeds’ long-standing academy supremo, recently left the club after explaining that his position had been made “untenable”.

The Whites have also become frustrated by Premier League clubs sniffing around their players. Leeds recently received around £100,000 in return for the loss of a teenager to Manchester City.

With both City and Liverpool expressing an interest in several other Leeds youngsters, Cellino is becoming more antagonised by a system that he feels allows club’s higher up the food chain to recruit Leeds players for paltry compensation.

However Pearson, disputes any suggestion that the club is giving up on the system: “It makes me laugh when I hear that,”

He continued: “Our academy budget is as good as any other club in the Championship. It’s not at all under-funded.”

Pearson suggested that Cellino’s comments about abandoning the lower age groups were a passionate response to losing young ability for a poor consolation, rather than anything meaningful.

“I think what Massimo said was a knee-jerk reaction to the thought of two or three really good youngsters leaving.”

He continued: “It hurts because you’ve got talented kids going to clubs with bigger budgets when – on the evidence of our first team – they really would be better staying at Leeds.

“I’ve always taken that view and with someone like Lewis Cook, there’s no better path for him than to play week in, week out at Leeds and try to get this club promoted. Then when you get to the Premier League you can name your ticket.”

Leeds have recently recruited Daral Pugh from Hull City to act as their head of academy coaching, whilst John Anderson, who has also worked with Hull’s youth set-up, will coach the Under-18 side next season. Ex-United striker Andy Gray will take charge of the Under-16s.

Pearson added: “I know Daral and John and they’ve both been at Hull’s academy. They’re very good, credible appointments in those jobs.

“It’s good to have a couple of ex-Leeds players involved too. It helps with the ethos and the understanding of what it means to play for the club. People don’t necessarily see this from the outside but the idea that the academy’s being down-graded or under-funded is ridiculous. It’s simply not the case.”

Under the Elite Player Performance Plan (EPPP) in 2014, Leeds achieved category two status and are reassessed annually to ensure they maintain a mandatory level of investment and staffing in order to receive around £500,000 in central funding.

“That (the loss of category two status) has never been suggested to me or discussed. It’s very much the plan to stay as category two,” added Pearson.