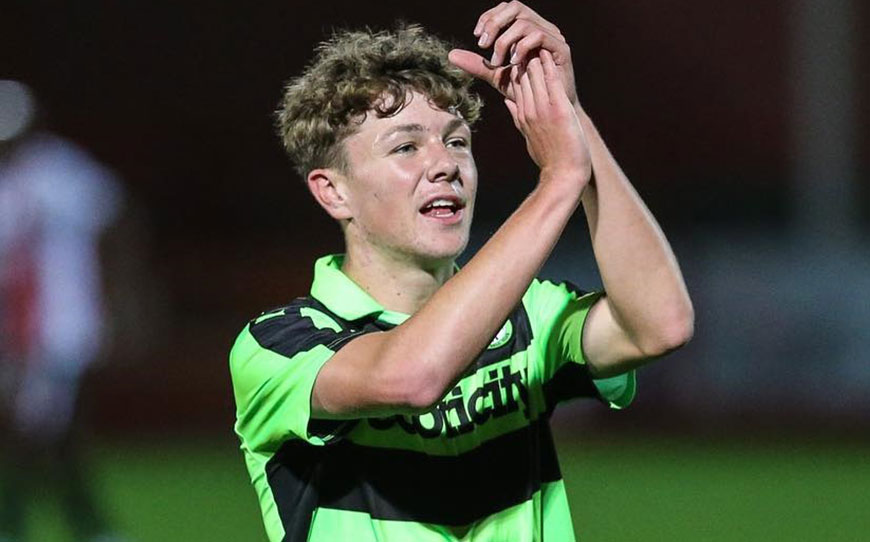 The 17-year-old made his first-team debut against Lincoln in September and netted his first senior goal a month later during a 2-1 Checkatrade Trophy victory at Cheltenham Town.

Stevens, who was named in LFE’s ‘The 11’ in October shortly after signing his first professional contract, has racked up 15 appearances in total this season for Rovers.

The teenage midfielder’s impressive displays sparked interest from several suitors, with Leeds winning the battle for his signature, agreeing a deal until the summer of 2020 with the option of a further 12 months.

Forest Green manager Mark Cooper told the club website: “It’s a great move for Jordan and for the club. He has impressed Leeds with some of his cameo appearances and they’re looking to develop their Under 23 group and he will fit into that.

“There’s been a lot of interest in Jordan since he broke into the first team and even beyond that from pre-season.

“We spent a lot of time analysing the different clubs and thought Leeds United was the right one with a clear pathway for him and a development plan that will hopefully see him move forward as we think he might into their first team.

“From our point of view, we don’t want to lose him but at the same time, it’s an incredible deal for us and Jordan.”