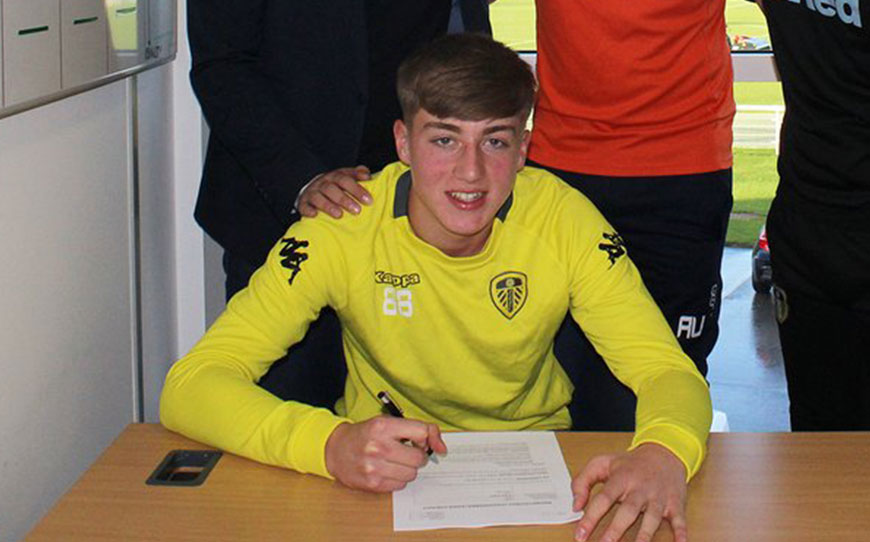 Leeds United forward Jack Clarke celebrated his 17th birthday by signing his first professional contract with the club, penning a deal which initially runs until June 2021.

The first-year apprentice is Leeds’ top scorer in the Under-18s this season with nine goals from seven starts, helping them to third place in the Professional Development League, while he has also earned a handful of Under-23 appearances despite only starting his apprenticeship in July.

Director of Football Victor Orta told the club website: “We are pleased with Jack’s progress to date and we have rewarded him with a longer term contract.

“He will remain a part of the Under-18 and Under-23 set-up in the immediate future and we will continue to monitor his progress closely.

“Our academy is famous for producing some of the best talent in the country and we are confident Jack is just one of many young, local players who can be a part of the future of our club.”

Meanwhile, Clarke, who was nominated for LFE’s Goal of the Month competition in September, said: “It feels good because it’s just what I’ve been working towards for a while and it’s a bit of a relief to get it so early. It means I can push on now, and not have to focus on it for the next couple of years.

“I’ve been here for so long, and I feel like I’ve got a good support behind me at the Academy. I wouldn’t want to leave when I’ve got everything I want right here.”