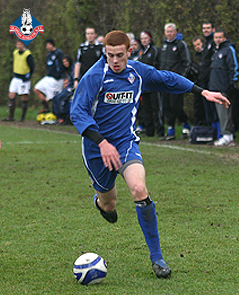 Oldham Athletic have progressed to the second round of the Northern Section of the Youth Alliance Cup after beating York City 9-0 on Saturday.

Ryan Burns and Andy Crompton both scored hat tricks for the Latics while Matty Carr, Connor Hughes and Jack Laird were also on target as the Minstermen went down to a heavy defeat at Chapel Road.

Oldham’s Head of Youth Tony Philliskirk was delighted with his side’s level of performance in a game which saw the first appearances of the season for keeper Dale Connor, Sam Fitzgerald and Danny Bell who have all had injury problems.