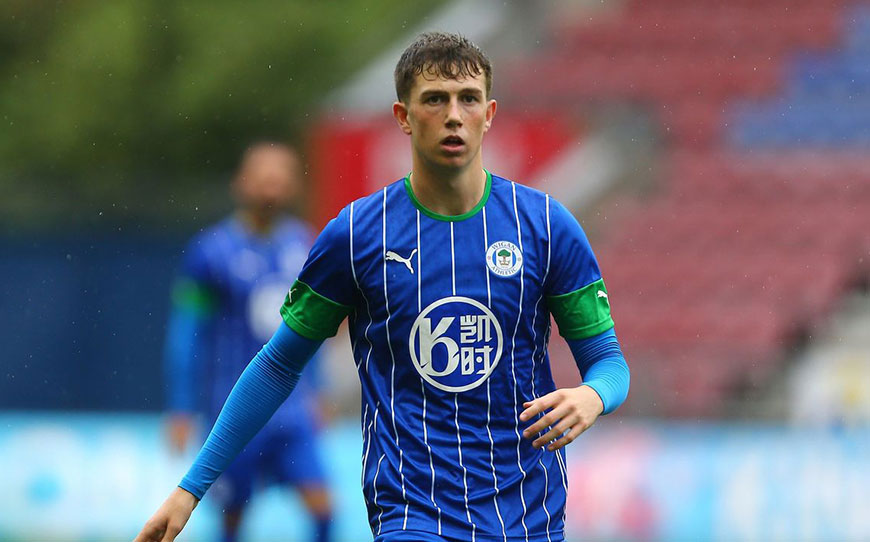 The 18-year-old midfielder became the Latics’ youngest ever player in November 2017 when he featured in a Checkatrade Trophy fixture with Accrington Stanley at the age of 15 years and 280 days.

The England youth international, who has signed a three-year deal with the Seagulls, made a further three appearances for Paul Cook’s side, including a Sky Bet Championship debut against Birmingham City in April 2019.

Wigan Academy Manager Gregor Rioch told the club website: “On and off the field, Jensen has been an outstanding academy graduate throughout his time at Wigan Athletic.

“From being the club’s youngest ever first team player at just 15 years of age to captaining his country at youth level, he has shown outstanding promise to reach the very top level. Jensen has become a great leader and role model for other academy players to follow.

“Whilst we are going through the most difficult period of the club’s history, it is well documented that the sale of Jensen will allow us time to hopefully build a new future. With this in mind, Jensen won’t necessarily be remembered by our supporters for his few appearances on the pitch but for a vital moment towards the club’s survival.

“On behalf of all the staff at the academy who have watched Jensen flourish over the years, we wish him and his family the very best of luck in their future, we are honoured and very proud to have been a part of Jensen’s footballing journey.”

Brighton Technical Director Dan Ashworth said: “Jensen is an exciting young talent and we’re delighted to have brought him to the club, because there was a lot of interest in him.

“He has made a lot of progress at Wigan this season and is a player we have monitored for a while. We’re looking forward to working with Jensen, making him an even better player and helping him to really push on with us here at Brighton.”