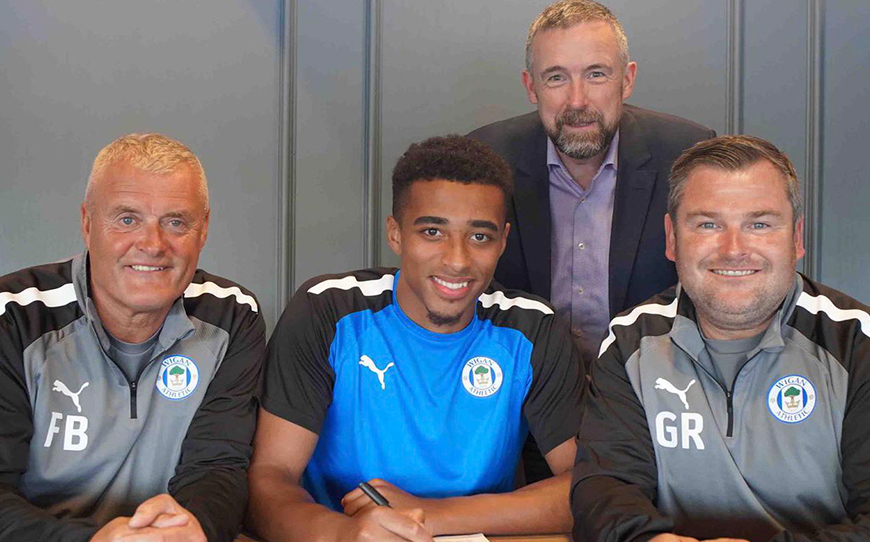 The 19-year-old joined the Lilywhites at the age of 11 and signed his first professional contract with the Club last year before appearing twice off the bench for the first team in August 2021, including a Sky Bet Championship debut during a victory against Swansea City.

He said: “My older sister had Cancer and came to Derian House before she passed away. I had never been here before so it’s nice to be able to come here, it’s quite emotional but a good thing because it’s a really nice place.”

The talented youngster departed Deepdale in the summer despite enjoying successful loan spells at Chorley, Bamber Bridge and Lancaster City over the last two seasons, and caught the eye of the Latics by netting in pre-season friendlies against Hyde United and Alvechurch FC.

Wigan Academy Manager Gregor Rioch told the club website: “In the time that we’ve spent with Joe, we’ve been really impressed with his attitude both on and off the field. We are really looking forward to working with him.”