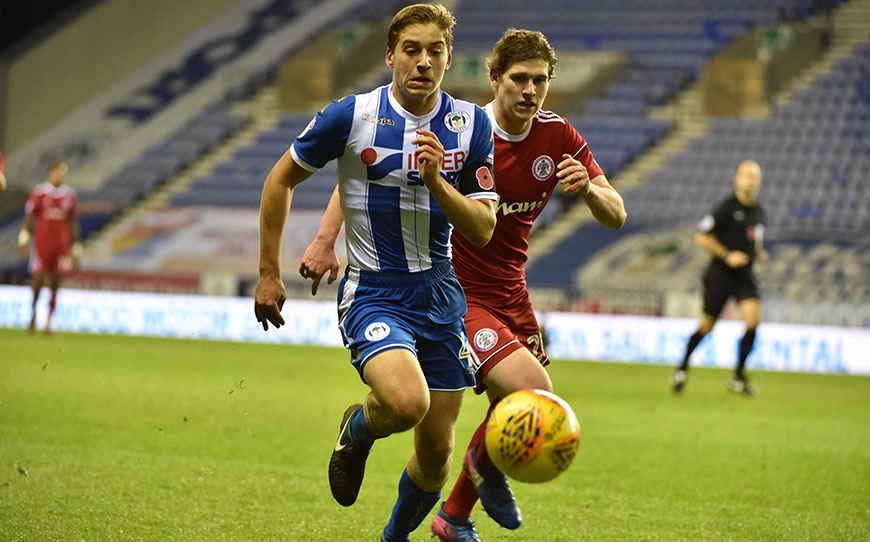 Wigan Athletic apprentices Jordan Perrin and Tylor Golden have been offered their first professional contracts by the club for the 2018-19 season.

Defender Golden has appeared twice for the first-team this season, playing the full 90 minutes in both games against Middlesbrough Under-21s and Accrington Stanley in the Checkatrade Trophy.

The 18-year-old, who featured in LFE’s Goal of the Month competition in December, was also on the substitutes bench for the Latics’ Sky Bet League One fixture at Scunthorpe United.

Goalkeeper Perrin is yet to make his senior bow, but has been a regular in the successful Under-18s team that currently leads the EFL Youth Alliance North West division, as well as reaching the Lancashire FA Youth Cup and EFL Youth Alliance Cup finals, which will take place in May.

Wigan academy manager Gregor Rioch told the club website: “We are delighted to offer Tylor and Jordan the opportunity to progress their careers for a further term with Wigan Athletic.

“Jordan joined us just two years ago and he has had all of the challenges of moving away from his home comforts, his family and full-time football over the past two seasons. He is maturing well and shows good potential for the future.

“Tylor lives his life for football and he is a fantastic role model for any young player when it comes to dedication and commitment. He has had a taste of first team football on a couple of occasions and he will do all he can to forge a career in the game.”

Meanwhile, Theo Roberts, Jamie Cotter, Joe Downey, Anthony Plant, Tom Hilton and Mwiya Malumo have been informed that they will be released at the end of the season.

Rioch added: “With the excitement of offering Tylor and Jordan contracts we have the disappointment of informing six other young men that their futures lay elsewhere.

“Each player can look himself in the mirror with the knowledge they have given their all and we will support them with the next step in their journey, whether that is in football or in further education.”