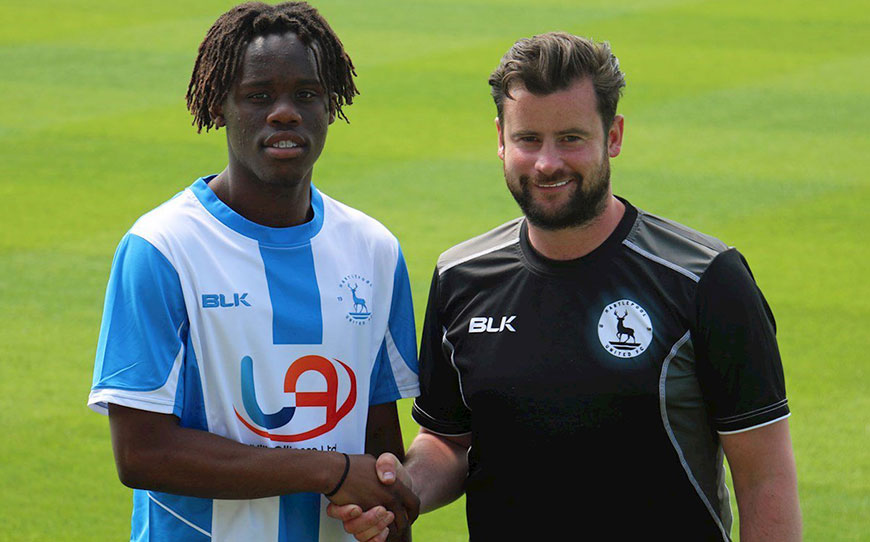 Hartlepool United have sealed the signing of teenage full-back Peter Kioso, who was released by Milton Keynes Dons this summer having completed his apprenticeship.

The 18-year-old was unable to progress further than the Dons youth team, although he did gain experience of senior football during a loan spell in the Southern League Premier Division with Dunstable.

Kioso was given the chance to train at Pools this week and succeeded in persuading manager Matthew Bates to offer him a professional deal, with the youngster now in line to feature in the club’s upcoming pre-season friendly at Billingham Town.

“We’ve had Peter in since Monday after he was put to me by someone I trust in the game and I’ve been impressed,” Bates told the club website. “He’s only 18 coming up 19 but he’s fitted in with the lads during the week and has been one of the best trainers.

“Ideally, I wanted to see him in the game on Saturday but we played an 11 v 11 in training on Thursday and I just saw how good a player he was; he’s the right type, he can play anywhere across the back, brings balance and he’s a good age.

“He’s got a lot of improvement in him if he gets his head down. He seems to have a great attitude and he’s eager to learn, so it’s going to be exciting to work him.”