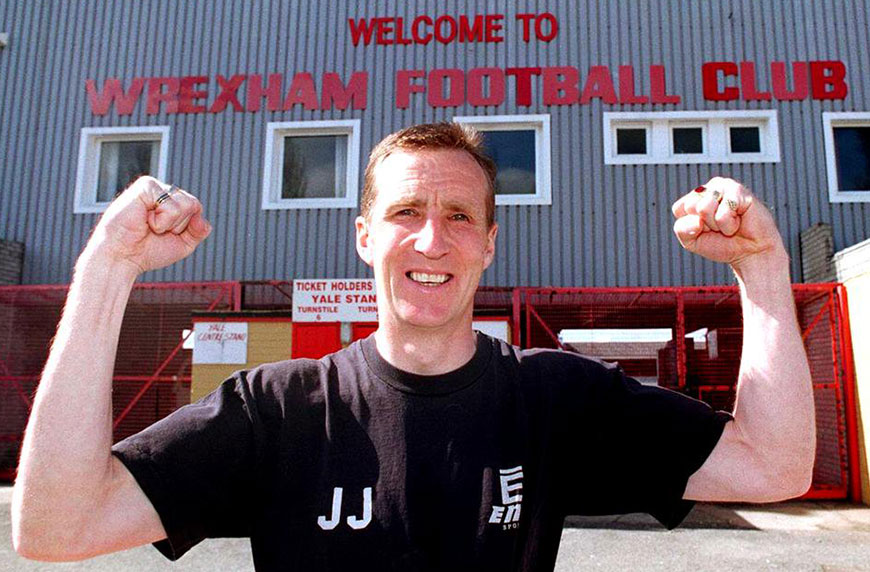 Wrexham great Joey Jones is set to help with the club’s youth development programme after stepping down from his full-time coaching role.

The 62-year-old first arrived at the Racecourse Ground in 1970 as a teenager and made his senior debut two years later against Chester in the Welsh Cup.

“I’ve loved every minute of my time at Wrexham,” he told the club website. “It’s time to let others come to the fore and carry on the proud tradition of the club.”

Jones was spotted by Liverpool and joined the Merseyside club for £110,000 in July 1975, racking up two European Cup victories in 1977 and 1978, as well as securing medals for winning the old First Division, UEFA Cup and Super Cup.

The former Wales international, who amassed 72 caps for his country following his debut aged 20 at the Racecourse Ground against Austria, also spent time at Chelsea and Huddersfield, plus two further spells at Wrexham.

Jones completed his career on the pitch in 1992 at the age of 37 as player-coach at the Red Dragons under Head Coach Brian Flynn having made 474 appearances for the club and has continued to play a part on the coaching staff ever since.

He added: “The club continues to be a massive part of my life and while I am retiring from a full-time position, I will still be a part of the future of the club and especially helping the younger generations make the transition to professional football like I did with Wrexham.

“I’m looking forward to the season ahead and hopefully we will be right up there.”