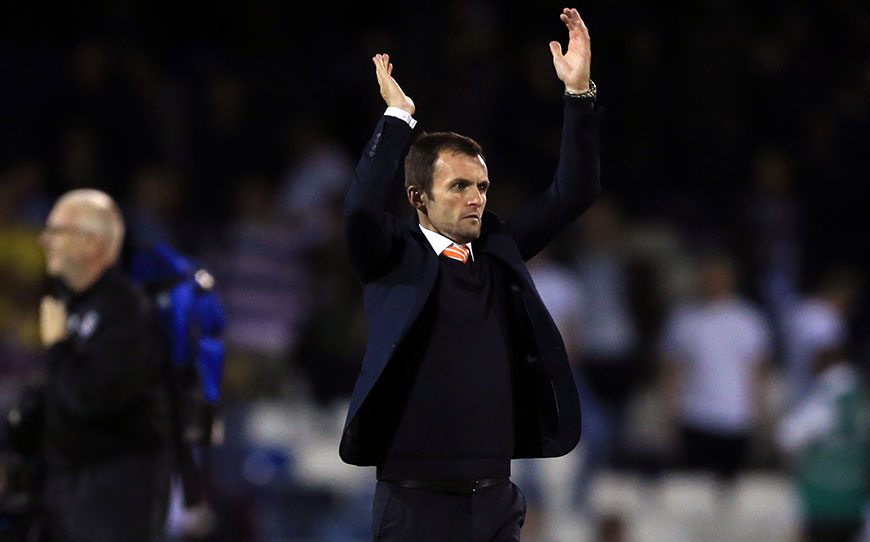 The Hatters’ starting XI, which showed 11 changes from their previous fixture, consisted of seven players aged 20 or under which included a number of current or former apprentices.

Craig King, Frankie Musonda, Akin Famewo, Tyreeq Bakinson, and Zane Banton, were among the starters to be on or have been through the clubs apprenticeship scheme.

When current second year strikers Jack Snelus and Freddie Hinds entered the fray as late substitutes, Jones was fielding almost half of the team that went 22 games unbeaten last term in the Youth Alliance and subsequently reached the FA Youth Cup quarter-final.

And he was unsurprisingly ecstatic, as his side made it two wins in two games in Southern Group H following last month’s win at Gillingham.

“It doesn’t get better than that. In terms of performance and intensity and the way we went about our work, we are absolutely awesome,” Jones said.

“That’s as good a performance I have seen from a group of young players, coming up against a Premier League Under-23 side, with four top class professionals. From start to finish, we were a class above.

Boaz Myhill, Craig Gardner, Jonas Olsson, and Callum McManaman all featured in the Albion line-up but Jones insisted that the general superiority of his team was not reflected in the final score.

“These are not youth team players. These are going to be top players and I’ll be honest with you, I’m not sure how long I can keep them out of the first team because it would be wrong of me to curtail their careers because they are flying.”

Despite the nature of their victory, Luton have been asked to submit observations surrounding their team selection to the English Football League and could yet be fined for not abiding with competition rules.

Those rules stipulated that League One and Two clubs must play a certain number of “first-team” players in their starting XI.

Third and fourth-tier clubs must include; their five highest appearance-makers in the team, five players who played the preceding fixture or five who play in the next league match.

Invited Category One academy clubs must start at least six players under the age of 21, but the rest of the squad can come from their first team if they choose.

Luton are also waiting upon the EFL to consider a possible fine for their opening match in the competition against Gillingham until after the group stage.