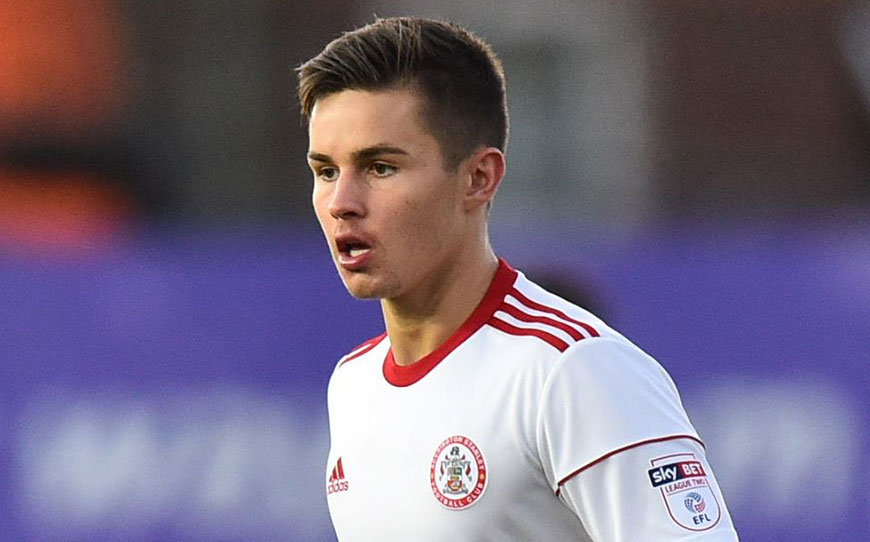 The 21-year-old has been on loan at the Wham Stadium since August and amassed 13 appearances before the New Year, encouraging Stanley to secure his services on a full-time basis.

Johnson told the club website: “I’m buzzing to get everything sorted and to be staying at Accrington on a permanent basis.

“From the moment that I first came here on loan I was so impressed with the club and I was given the chance to play games regularly. I’m just so pleased to have everything done and I can look forward and focus on the rest of the season with all of the lads.

“It’s such a close-knit club, everybody is in it together and we all know the target to try and get promoted and we’re doing everything we can to achieve that.

“I’ve been at Middlesbrough for 14 years so leaving on loan was strange at first, but I settled in really quickly, I love the area and I see this as a home for myself now. But it was never a difficult decision to come here, I’m playing first team football and nothing can beat that.”

The versatile youngster came through the ranks at Boro and earned three outings for the Under-23s in the Checkatrade Trophy, although he never appeared for the first-team.

He was part of their UEFA Youth League campaign in 2015-16, helping them reach the round of 16 stage after wins against Stade de Reims, Torino and Dynamo Kiev before a 1-0 defeat to eventual runners-up PSG.

Stanley manager John Coleman said: “I’m pleased to get Callum in, it’s something that we had been exploring for the past couple of months.

“He’s certainly one for the future and if Callum continues his development and goes about it the right way then he could be a very good investment for this football club.

“The way he conducts himself is very impressive, he’s a good professional who lives his life right. He’s got a passion and drive to succeed and I hope this club can help reward him for that.”

Johnson celebrated the move with a clean sheet as he playing the full 90 minutes in a 4-0 victory over Chesterfield that lifted Accrington into fourth place in Sky Bet League Two.