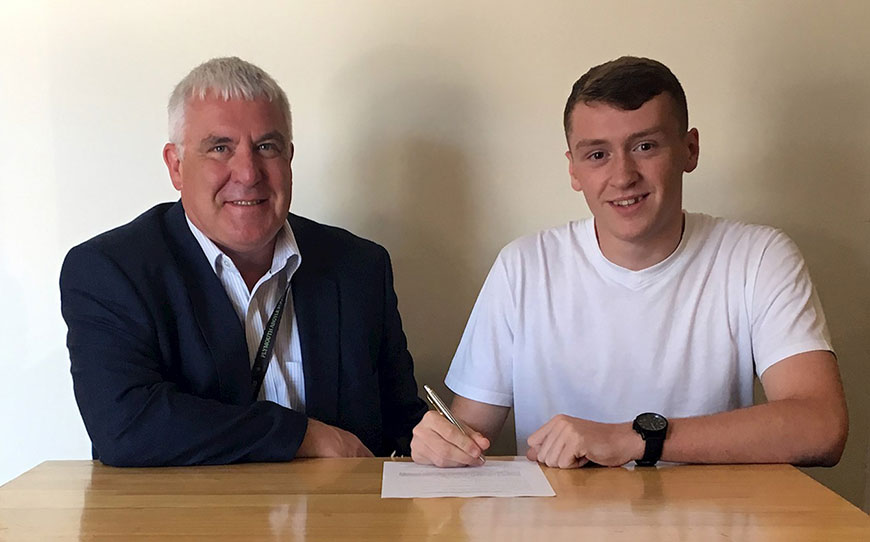 Plymouth Argyle’s Luke Jephcott has agreed his first professional contract, following in the footsteps four of his Under-18s team-mates in committing his future to the club.

The second-year apprentice, who joins Michael Cooper, Harry Hodges, Ryan Law and Cameron Sangster in graduating to the pro ranks, was part of the Argyle side that reached the last 16 of the FA Youth Cup, netting in the penalty shootout victory over Manchester City.

Jephcott received a call-up to Wales’ Under-19 squad for the Slovakia Cup in May, where he started three of the four games.

The teenage forward told the club website: “It’s a dream come true for me. I just can’t wait to get back into it. It’s been six weeks off and it feels a lot longer. I want to get my head down and look forward to the season ahead.

“If you do well in training, you know you are going to get rewarded for it. The manager has shown that he’s not afraid to throw people in there. My aim for the season is to be involved more.”