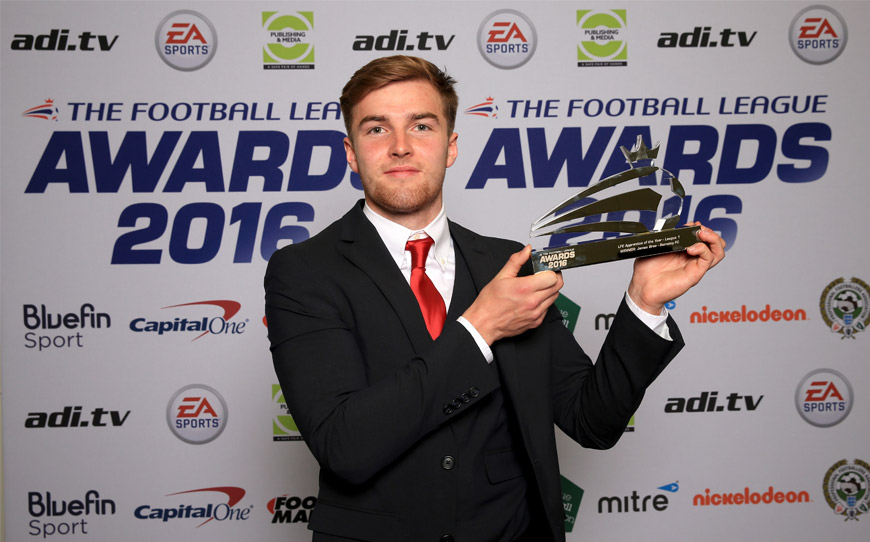 Barnsley’s James Bree has been named the LFE Apprentice of the Year for League One at The Football League Awards 2016.

The 18-year-old defender collected the award at the gala ceremony at Manchester Central on Sunday evening in front of over 600 guests from clubs, sponsors and the football industry.

Bree beat off competition from Blackpool’s Bright Osayi-Samuel and Swindon Town’s Thomas Smith to claim the overall LFE Apprentice of the Year for League One award.

Bree, who can operate in midfield as well as at full-back, made his debut in May 2014, becoming the Tykes second youngest debutant. He has made over 30 subsequent first team appearances for the club and also received special praise for his regular involvement in the club’s community activities.

Bree said: “On a personal level it’s a great achievement. I’ve had a few teammates in the past that have won it and they’ve gone on to have good careers, so hopefully I can follow in their footsteps.”

The award recognises the outstanding young apprentices at League One clubs who excel both on and off the pitch.