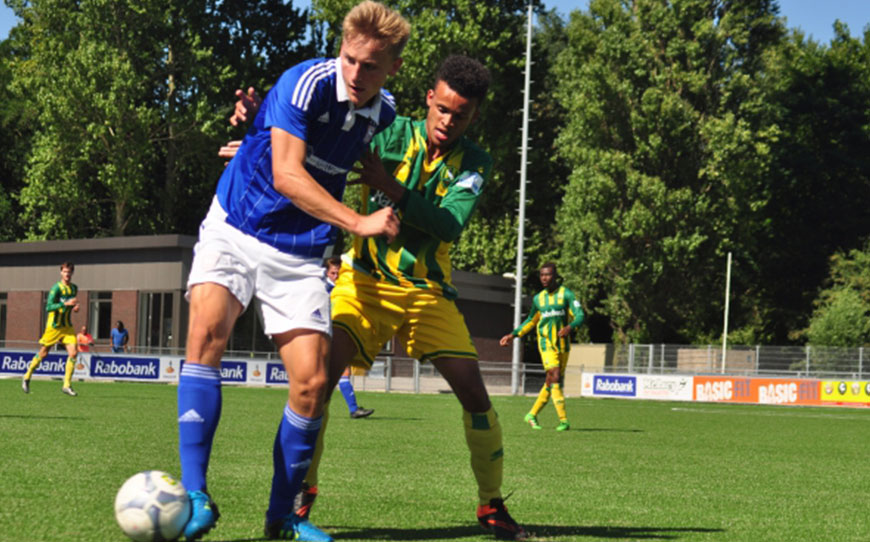 Ipswich Town Under-18s slipped to defeat in the opening fixture of their trip in the Netherlands on Saturday as they were beaten 3-2 by ADO Den Haag.

The Tractor Boys found themselves 3-0 down early in the second half and although Albert Wilton and Travis Cole added respectability to the scoreline in the latter stages, it wasn’t enough to prevent the loss.

The tourists were slow out of the blocks and were unable to adapt to the high press and organised defence of the Dutch side.

The hosts almost broke the deadlock when a poorly directed free-kick swirled in the wind, causing problems for the Ipswich keeper Nicholas Hayes, who parried the ball out to a Den Haag player, but recovered well to save the rebound.

But they were finally punished just before half-time when a corner was flicked on into the net by Oualid Maatoug to make the score 1-0.

Den Haag quickly doubled their advantage after the break as a low ball across goal from the right byline was tapped over the goal line by Emre Bilgi.

Ipswich were reeling and were unable to keep the rampant Den Haag attack at bay as they stretched their lead to 3-0 just moments later through the same routine as a cross from the right was poked in at the near post by Delano Ladan.

With a potential rout on the cards, Ipswich were much improved after the third goal and were dubiously awarded a penalty after a slight nudge in the back inside the area.

Wilton kept his composure and stepped up to convert the spot kick high to the keeper’s left to give Town a slim sense of hope.

After Hayes pulled off two excellent saves from close range to keep Ipswich in touching distance, the margin was reduced to a single goal with 15 minutes remaining when Travis Cole rose highest to head home a cross.

Yet despite late pressure to force an equaliser, it wasn’t to be for Ipswich as the hosts held on for victory.