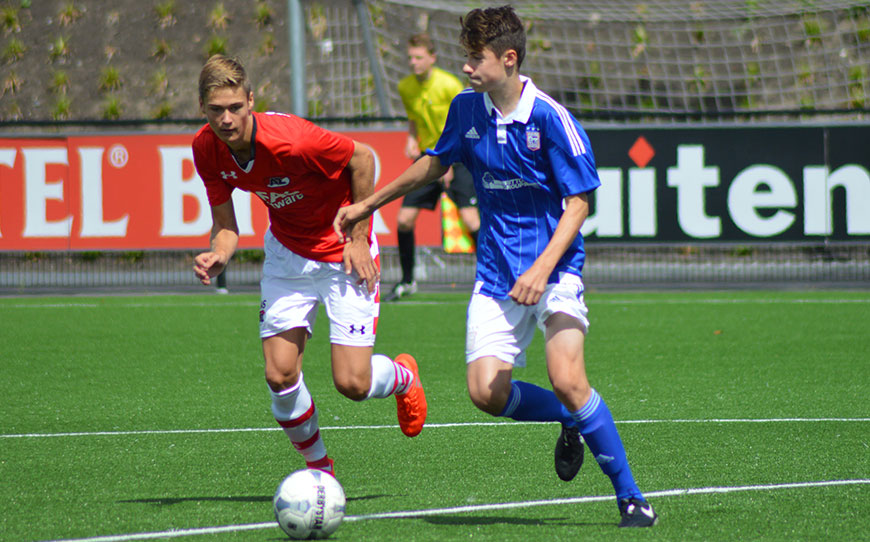 Ipswich Town Under-18s were beaten 1-0 by AZ Alkmaar as they slipped to back-to-back defeats in the Netherlands.

Both sides created numerous chances to score, but Alkmaar were the team to convert one midway through the second half to claim victory.

The game began at a ferocious tempo, with the hosts creating the majority of the clearcut chances in the first half.

But Ipswich keeper Nicholas Hayes was untroubled before the break despite a barrage of pressure from the Dutch side, with a number of balls flashing across the goal, a free header tamely guided wide and a driven shot at goal blocked from inside the area.

Luke Woolfenden did have an opportunity for the tourists from a corner, but his glancing header at the near post went over the crossbar.

Hayes was well beaten with a left-footed free-kick from the edge of the area to start the second half, but the Tractor Boys enjoyed a slice of luck as the ball cannoned against the post and away to safety.

But the hosts did break the deadlock soon after when Ipswich left a man unmarked in the centre of the penalty area, with the player easing a header past the outstretched Hayes for a deserved lead.

Following more threatening play from the home team, Town were almost back on level terms when a clever passing move led to a square ball to the feet of Callum Fullwood, but the striker steered his shot at goal from six yards out against the post.

Alkmaar should have put the game to bed after a defensive slip allowed a one-v-one situation, but the striker blazed his shot off target.

Hayes was then called into action, first tipping over an over-hit in-swinging cross from the right, before comfortably preventing an overhead kick attempt.

Ipswich had another golden opportunity to restore parity late on as Fullwood was played in behind the last line of defence, but he was thwarted by the advancing keeper as the visitors were unable to overturn the deficit.

To watch extended match highlights, click the link below: