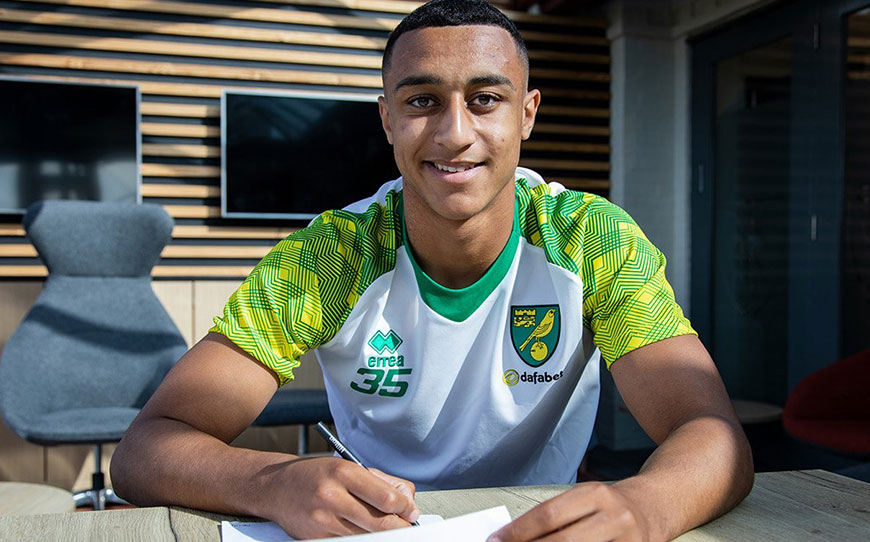 Norwich City teenager Adam Idah has committed his future to the club by signing his first professional contract until the summer of 2023.

The 18-year-old striker featured at Under-23 level for the majority of his apprenticeship and struck 13 goals in all competitions last year, while he has now linked up with Daniel Farke’s first-team squad for the upcoming season.

He told the club website: “I’m delighted to sign a new deal here. The moment they offered me a new contract, I knew straight away that I wanted to sign it. I’ve loved every minute here, so I’m delighted. My form last season was great and I’ve worked very hard to get myself to where I am now.

“I’m delighted to be in the position I am now. Last year helped me a lot to get me to this position. There are lots of people who have helped me. The staff have been great to me and even through the tougher times, they’ve helped me through it.”

“Wednesday was my first day on the pitch and it was tough but I’ve been enjoying it. I think I’m slowly getting used to things now.”

Idah has represented Republic of Ireland’s youth age groups and progressed into the Under-21s this summer, making five appearances and scoring twice in the recent Toulon Tournament as Ireland reached the semi-final stage.

“I’ve definitely had to pinch myself at points. A week ago, when I was at home and packing my bags to come here, it didn’t seem real. Coming into the changing room a couple of days ago was surreal, but I’m very happy to be back now.”