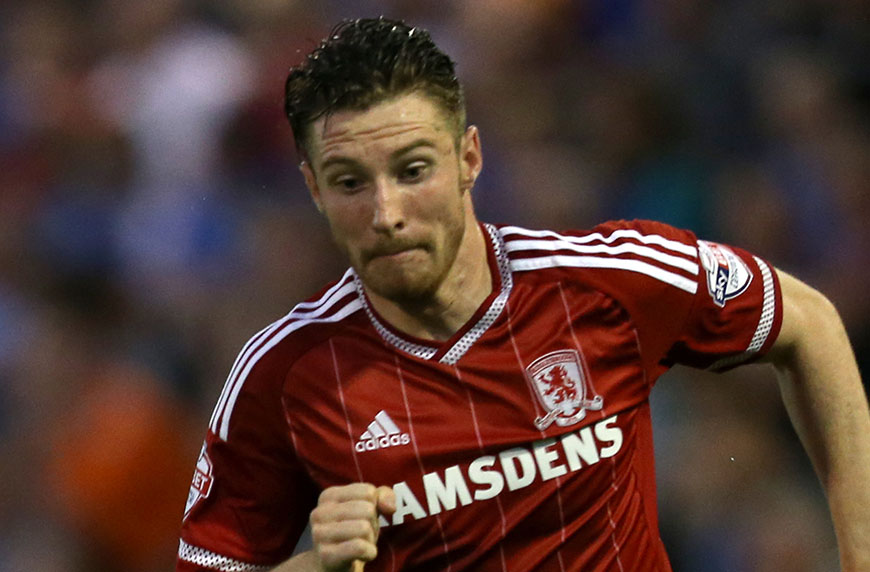 Norwich City have completed the signing of full-back James Husband from Middlesbrough for an undisclosed fee, signing a three-year deal.

The 23-year-old joined Boro ahead of the 2014/15 campaign for a sum believed to be in the region of £500,000, but found his opportunities limited at the Riverside.

“I’m delighted to join such a big football club,” he told the club website. “First and foremost I’ve come here to play football and to enjoy my time as much as possible.

“The main thing is to try and get Norwich up the league as far as we can go. Everyone seems lovely and welcoming and I’m looking forward to my time here.”

After making just six appearances for Boro, Husband was sent out on loan spells to Fulham and Huddersfield Town, before earning two more outings that included a Premier League debut in April during Boro’s 4-2 defeat to Hull City as they were unable to avoid the drop.

“It didn’t start off well last season – I got injured at the start of the year and was basically playing catch-up for the rest of the year,” Husband added.

“It didn’t go to plan for me and I didn’t play as much football as I wanted.”

The defender began his career as an apprentice at Doncaster Rovers and was handed a senior bow in April 2012 in a goalless draw with Boro.

He became a regular in the first-team squad and went on to amass 73 appearances in total for Rovers, including 33 league games as the team won the League One title in 2012/13.

Canaries Head Coach Daniel Farke said: “James is quick, he’s technically good and knows how to defend. There are some things he needs to improve but he’s young and his attitude and character are excellent.

“He’s a young guy with lots of potential, but he also already has strong experience of playing in the Championship. He’s an excellent fit for our squad.”