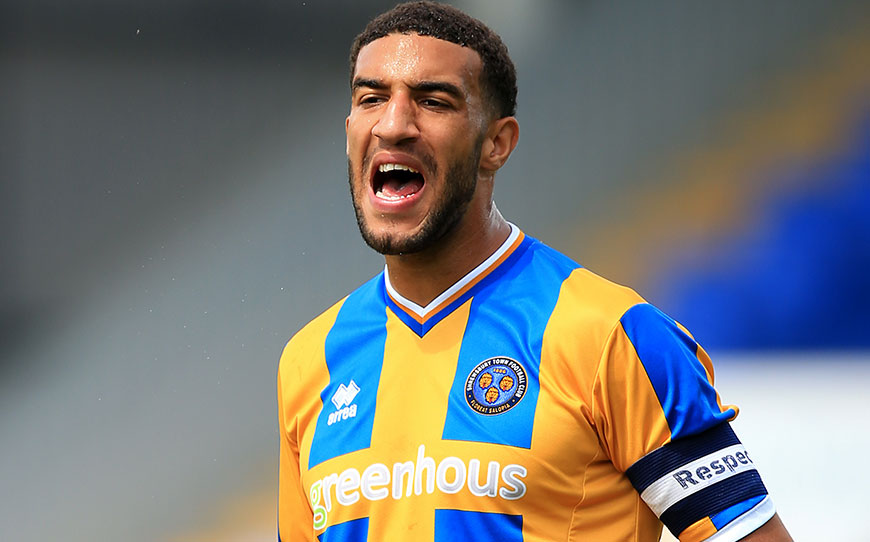 Brighton boss Chris Hughton has hailed the potential of recent signing Connor Goldson, who joined from League One club Shrewsbury Town for an undisclosed fee.

The 22-year-old centre-back made 106 league appearances for The Shrews since making his senior debut in a 5-1 win at Lincoln in February 2011, before making his move on August 19th.

“We are delighted to bring someone with Connor’s ability and potential to the club; at his age there is still plenty to come from him. We know he had a lot of admirers in terms of other clubs, so we are thrilled to complete the deal,” Hughton told the club website.

“He is predominantly a central defender, but he has also played in midfield and at right-back, and it is clear by his goal record last year that he can also contribute in that area too.”

Goldson, who was an apprentice alongside Burnley’s new record signing Andre Gray, becomes the second Shrewsbury youngster to leave the club for a Championship side this summer, following teenage midfielder Josh Ginnelly’s switch to the Clarets.

“I have no doubt, he has the talent to step up into the Championship after performing well in both League Two and League One,” Hughton added.

“He has been a regular starter for Shrewsbury at such a young age and I think he has the temperament and quality for Championship football.”