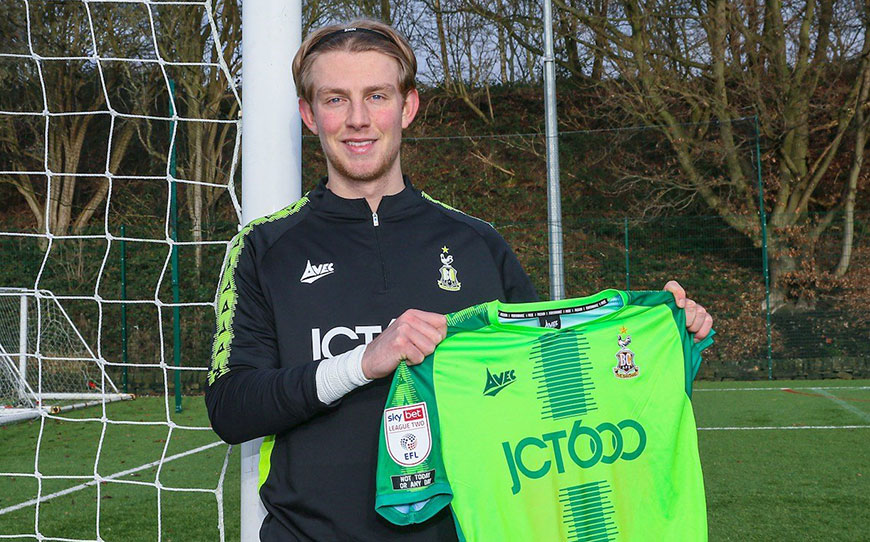 Former Leeds United apprentice Will Huffer has returned to the EFL after six months away having joined Bradford City for an undisclosed fee.

The 22-year-old goalkeeper, whose contract at Leeds was not renewed in the summer following a difficult spell with injuries, had spent two months with National League North outfit Bradford Park Avenue before agreeing a deal with the Bantams until the end of the season.

Huffer earned a solitary appearance for Leeds’ first team, gaining a clean sheet during a 2-0 victory over Bristol City in November 2018, while he also made a handful of appearances on loan in 2019 for Barnet in England’s fifth tier.

The former England youth international told Bradford’s website: “I am really happy to be here. It happened very quickly but the lads have been great with me so far and I have been impressed by the setup.

“Hopefully, I can get a few games under my belt here and do well for the club to help us progress. I want to help us put a good run together, continue to pick up points and have a strong finish to the season.”

City Interim Manager Mark Trueman said: “We are pleased to have been able to bring Will to the club and add depth and competition to our goalkeeping department.

“He is a talented young goalkeeper who was rated very highly at Leeds United and we are looking forward to seeing what he can do here.”