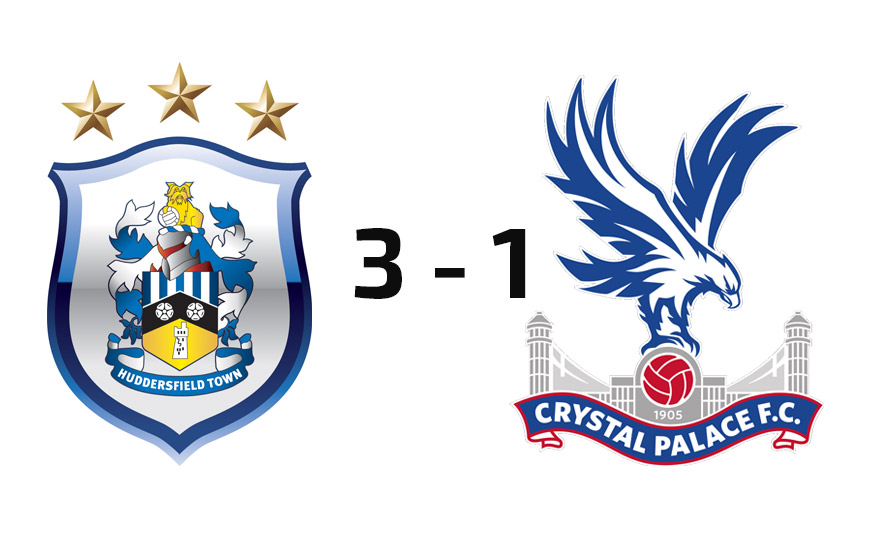 By Joe Harris: Huddersfield continued their march towards the summit of the Professional Development League with goals from Jack Boyle, Dominic Tear and Luca Colville ensuring that Jason Lokilo’s stunning free-kick was nothing more than a consolation for Palace.

Huddersfield Under-18s coach suggested that his team had performed with “quality and Intelligence,” as they saw off the Londoners.

“I was really pleased today, we had a game plan and we stuck to it. In the First twenty to twenty-five minutes we made some great chances through playing some really good football and it was a performance full of quality and intelligence.”

Huddersfield began well, two whipped in balls from the right hand side put the visitor’s defence under immediate pressure though Boyle’s header on goal was just off target.

Boyle made amends from the penalty spot, finding the bottom right corner after striker Scott Sedwyn was fouled just inside the box. Sedwyn’s clever turn had bemused the Palace defenders.

Palace struggled to get in the game early on, with Huddersfield dominating the ball. A curling Joseph Hungbo Free kick from the left hand side nearly brought the visitors level however, but keeper Ryan Schofield was on hand to tip the dipping ball over as Town went into the break one goal to the good.

Palace had drawn their previous three encounters in the league, and showed signs of getting back into the game and drawing level, however their final pass often let them down.

Huddersfield took advantage to claim a second goal. A corner from the left somehow found its way to winger Dominic Tear, who glanced his header past the helpless keeper.

Palace eventually did get on scoresheet though courtesy of a wonderful free kick from substitute Jason Lokilo. The Belgian’s left footed effort curled into the bottom left corner from outside the area.

Huddersfield’s youthful XI, which contained five Under-16s re-established their two goal advantage shortly after. A well worked corner saw the ball transferred to the edge of the penalty area and when it was delivered back into the penalty area Luca Colville was in the right place at the right time to flick his effort home, despite the visitor’s offside appeals.

Saturday’s victory for Town makes it eight wins in ten outings for Carss side with Crewe and Sheffield United now within reach at the top of the PDL North.