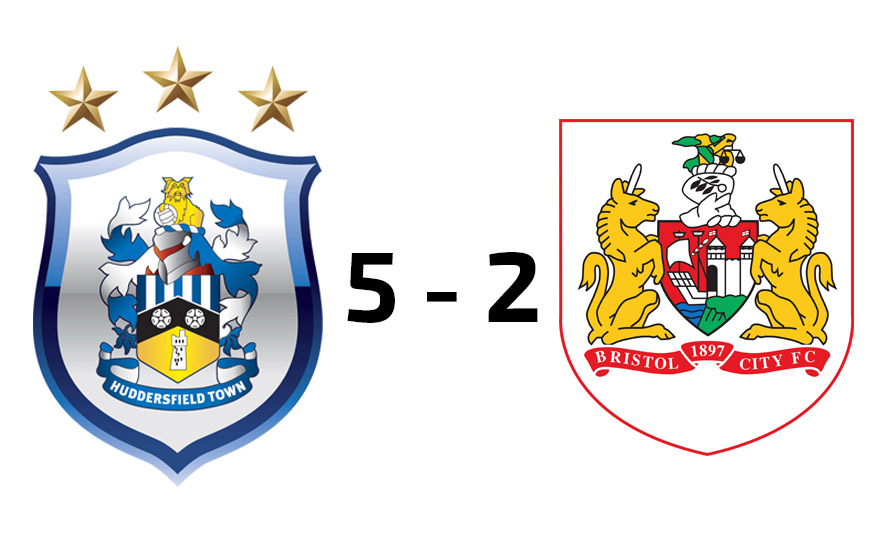 By Calum Nurse: Huddersfield Town produced a perfect second half performance to run out 5-2 winners against a battling Bristol City.

Javaan Campbell’s opener for Town and a brace from Bristol City’s Jake Andrews came inside a frenetic first 15 minutes of this encounter. Parity was restored by the end of the first period though thanks to Huddersfield left-back Myers Spencer, who levelled matters in the 39th minute.

“I just told them to go out there and keep the ball and the goal would soon come,” Bromby said. “Apart from ten minutes where we were under the cosh a little bit, we played pretty well and I knew if we continued, we’d have a chance to win the game in the second half,” he added.

Oliver Dyson and Spencer were key figures for the hosts early on. The duo worked the ball into the visitor’s box with a flurry of neat passes around the area. This allowed the former to slip a wonderfully weighted pass into the path of Campbell to dispatch with ease at the back post.

City provided an immediate riposte. From kick-off the ball was worked forward and Andrews hit a low drive past Town keeper Ryan Schofield. Andrews got his second in similar fashion after a defensive mix up but was denied his hat-trick when Schofield produced a brilliant one handed save to keep his side in the game.

Robins midfielder Harrison Reeves was an influential figure for much of the first half but he was unable to prevent Town drawing level. After replacing the injured Campbell five minutes before, Lednyn was involved in Huddersfield’s second. The striker neatly nodded a cross down to the impressive Spencer and the defender applied the finish.

Two goals in as many minutes gave the home side the advantage after the break. Boyle made amends for an earlier miss and Warde then doubled the advantage moments later with a fine strike from 20-yards. As City pushed forward in search of a way back into the game they were punished on the counter attack.

Lednyn, who put in a high quality shift, went through one-on-one with Tom Easterbrook in the visitors’ goal. The substitute made no mistake and rounded off a fine day at the office.