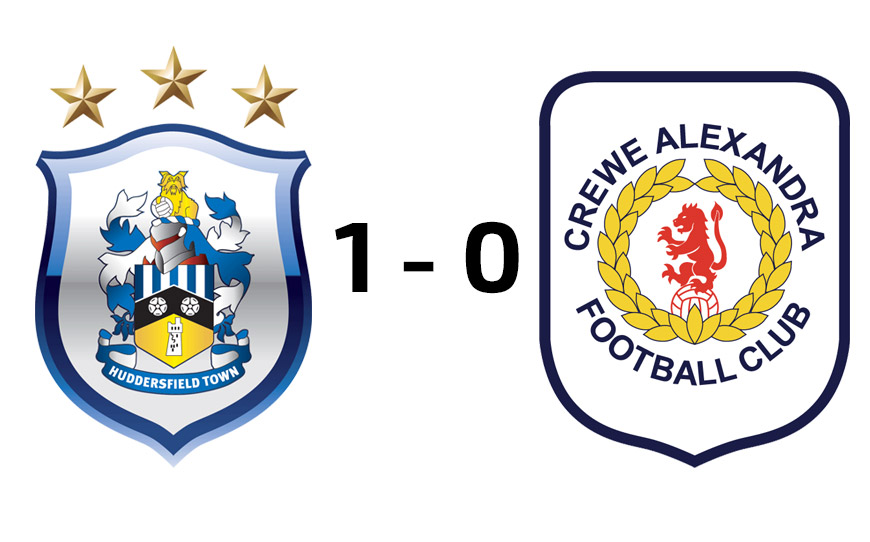 By Seb Gigner: A stunning first-half strike from Dom Tear helped Huddersfield U18s to a 1-0 victory over Crewe at the weekend in their PDL at Canalside.

The hosts dominated early on with Cedwyn Scott peppering the Alex goal and deservedly went ahead in the 35th minute when Tear unleashed an effort that gave Crewe keeper Scott Wardley no chance.

The contest had sparked into life almost immediately with Wardley reacting well to prevent Scott from opening the scoring for Huddersfield.

Wardley continued to frustrate the home side throughout the first 30 minutes, with a string of spectacular saves thwarting both Scott and Cameron Taylor.

However, Huddersfield’s relentless attacking pressure eventually paid dividends. It was a different story after the interval though.

Crewe stormed on to the attack and strike duo Owen Dale and Joe Thompson were unable to bundle the ball into the net in the six-yard box after an outstanding double-save from Huddersfield and England U18 keeper Ryan Schofield.

Dale then went close to restoring parity in the final minutes of the game but Schofield again came to Town’s rescue as they held on for all three points. Huddersfield coach Leigh Bromby lauded his side’s defensive showing but insisted that there is still plenty of room for improvement overall.

“I thought the lads did well, the performance wasn’t maybe what we wanted it to be, but we’ve defended well and shown strong resilience,” Bromby said.

“I’m really pleased with the defensive display, and I’m really happy with the clean sheet. We could’ve done a little bit better in the attacking third, but pleased overall.”

“We’ve had a big emphasis in training that we want to dominate possession and make the lads trust each other with the ball. We kept the ball really well, but in the final third we could’ve created more clear-cut chances and been more clinical.”

Bromby’s opposite number Lee Bell insisted that his team’s lack of patience in the final third had cost them dearly.

“It’s a disappointing result, but the performance was good,” he said??

Individually there’s a lot of positives we can take away from the game but we’ve got to stop the goals going in, that’s been a weakness and we want to adjust to come up with different ways of stopping teams. Ultimately, we’ve got to be more patient going forward, we tried to force the ball too much at times. We’ve got to make better decisions when they get up there, which is something we’ll be looking at.”