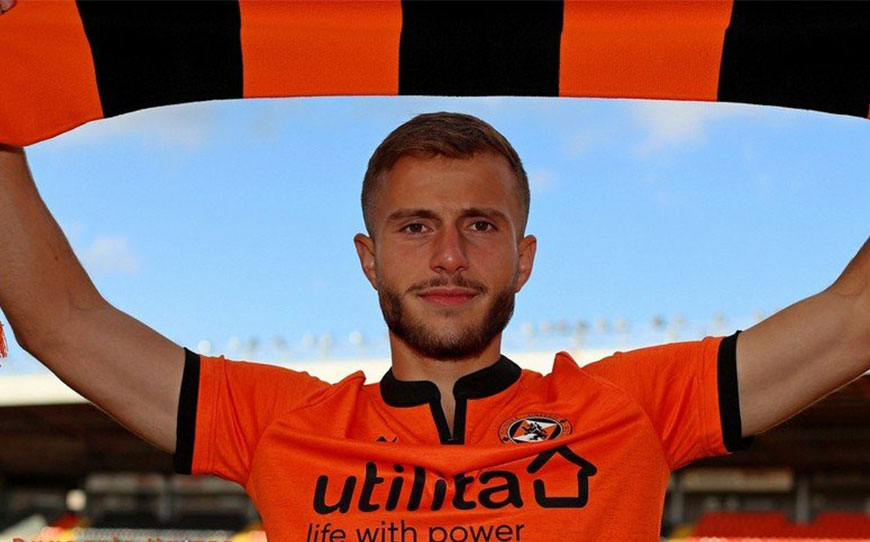 The 19-year-old, who hopes the move will help him earn a call up for Kosovo Under-21s, impressed during a trial period before the lockdown period.

As a second-year apprentice during the 2018-19 season, Hoti played twice for Rochdale’s senior team, featuring in the Checkatrade Trophy against Bury and Leicester Under-21s.

“There are great facilities here and, as a young player, I’ve come here to develop,” he told the club website. “We’ve got everything here to improve and it’s a great platform for me to continue my growth as a player. I can’t wait to get started.

“I’ll try and help Dundee United do well in their first season back in the top flight and playing for my national team is something I want to do.”

Manager Micky Mellon said: “Flo is a really talented boy and we feel, with the ingredients we’ll be able to add to an already impressive lad, that we’ll have a really good player here at Dundee United.

“He’s at a good stage in his career where I believe I can use him in the first team so I’ll be expecting him to be putting those lads in the squad under pressure.”

Tony Asghar, Sporting Director, added: “I am delighted to have Flo join the United family. He has already shown he can fit into the environment that the manager and staff have created in terms of the level of standard and ability.

“We as a club will continue to bring players who we believe can make United successful, as well as developing them into potential international players.”