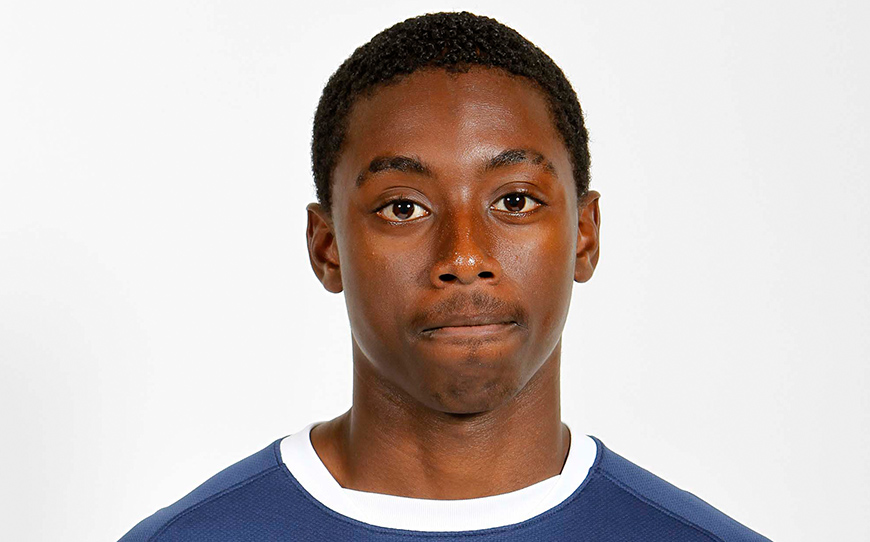 The FA Cup stirs childhood memories for many. The venue was the Priestfield Stadium, Gillingham. The date, Saturday 7 November, a damp chilly Autumn day but for Julian Okai one of the brightest of his football life – his Southend debut in the most famous domestic cup competition in the World.

Sadly his 89th minute cameo, as the Shrimpers went down to a 3-0 FA Cup first round defeat was where his dream died. Despite having almost 18 months left to run on his Apprenticeship, his life as a first-team player ended that day.

Told he was not going to be one of the successful ones to earn a professional deal – Okai elected to showcase his skills online – putting all his best action clips on to YouTube. It led to a trial at Derby but no more than that.

Stints at non-league clubs Concord Rangers and Great Wakering Rovers though helped him to decide what to do next:

“I was approached by a scout to go over to America, and I then spoke to LFE’s Darren Bloodworth,” said Okai.

Darren went through all the options with me and that coupled with knowing someone who’d gone out to San Diego helped me make up my mind to go.”

Okai admits that returning to full-time education is hardly a breeze but instead takes a lot of commitment, especially as work in the class-room often impacts on the football side of things.

“There is huge importance placed on the Academic work – although I’m here for both football and study, you know that if your grades aren’t where they should be then you won’t play or there are certain training punishments coming your way like extra running,” added Okai.

“In the autumn we are in class in the mornings and then we will head out to train every day from 2-5pm, but after Christmas it is a little different, we will have training from 7am-10am, and then go to class in the afternoons.”

Okai who was used to the fast and robust nature of league football in England admits the game is more technical, less physical and played in outstanding facilities across the Atlantic Ocean

“It’s more aggressive in England, with a lot of tackles flying in all over the pitch, but here, the game is a lot more technical. In England I’d maybe end up sidelined on the left but I’m seen as a number 10 here.”

The facilities at Southend were good but it’s a cut above here. They are excellent and you can see that the University invests heavily into the programme – we even have flat screen televisions.”