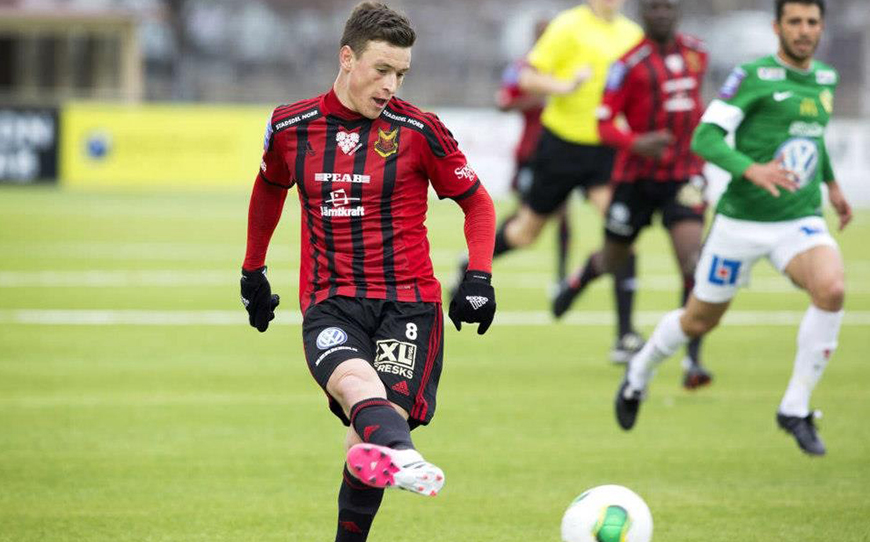 Former York City winger Jamie Hopcutt is making his mark in Sweden after initially making the switch to Scandinavia via LFE’s Leonardo funded Player Placement programme. The youngster who had been playing for Tadcaster Albion after being released by the Ministermen after just three months of his first professional contract at Bootham Crescent – joined Ostersunds FK in 2012, via LFE’s player placement programme.

Hopcutt who admits that he, “has loved every minute of his Swedish sojourn” is making the most of his time in his “adopted country” and made an immediate impact on the pitch helping his new club to promotion to the Superettan – the second tier of Swedish football.

That helped earn him a new deal under boss Graham Potter, himself a former York player and the winger admits that he is grateful for this opportunity.

“I knew the manager (Potter) here and he suggested doing the player placement programme through LFE, which really helped me take stock and work out if I liked it,” Hopcutt said.

“The first year couldn’t have gone any better really, we won promotion on the final day of the season and it was good to be part of that achievement for the club and the town.

I came out here at 19 and I’m 22 this year and in terms of football that’s a pivotal period to develop. I’ve had the perfect situation to do just that here, there’s not many distractions, we train every day and the facilities at the club are second to none and comparable with a Championship club in England.

“I was gutted to leave York but I’m grateful that it happened now because I’m in a really good position over here – I’ve been living on my own which has been great, my girlfriends Swedish, everyone speaks good English and I’m really settled.

“We play Elsfborg in the Swedish version of The FA Cup in March and they were playing the in the Europa League last year so it’s an exciting game for us – when I look at the fact I was playing in front of 50 people in non-league two years ago it shows how far I’ve come,” added Hopcutt.