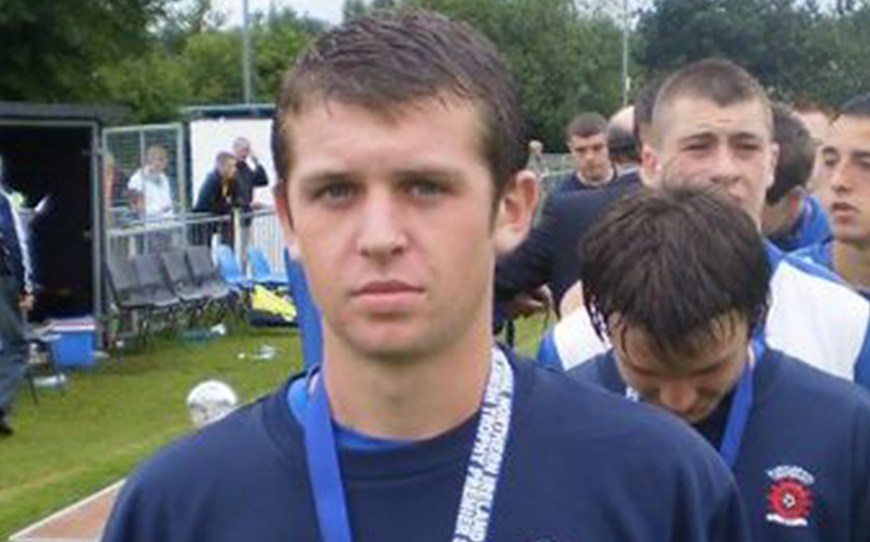 Dodd’s who has just restarted his first year of study at the University (after switching from Accountancy to Business Management) left Victoria Park in the summer of 2012 after spending nearly 8 years at the club.

While admitting it was a wrench to move on – he was happy to consider other options and accepted a scholarship offer at Northumbria.

“I didn’t have the best of times in my first year as an apprentice at Hartlepool but in my second year I kicked on and thought I done quite well but I was being overlooked for reserve games, so I had an idea that I wouldn’t be offered anything,” Dodds said.

I looked into University and decided to do an Accountancy degree. I was offered a scholarship to play for the University football team who play in the Northern League. The scholarship allowed you to decide whether you want the university to pay money into your bank account or to take off a certain amount of your tuition fees.”

Part way through year one of his Accountancy course Dodds knew he’d made the wrong choice and despite passing the end of year exams opted to switch his attentions to Business Management.

“I am still not totally sure which route I want to take, but I had to complete a few business management modules during my first year on the accountancy course. I really enjoyed them and think that swapping from accountancy to Business will give me wider options.”

Many players focus on joining another professional club after being released but the central midfielder admits that despite a flirtation with his first love, which takes the form of turning out for Northern League side Sunderland RCA, he is now fully focused on life away from the pitch.

It’s nice to be still playing football at a decent level but my main priority is concentrating on earning myself a degree at University.”