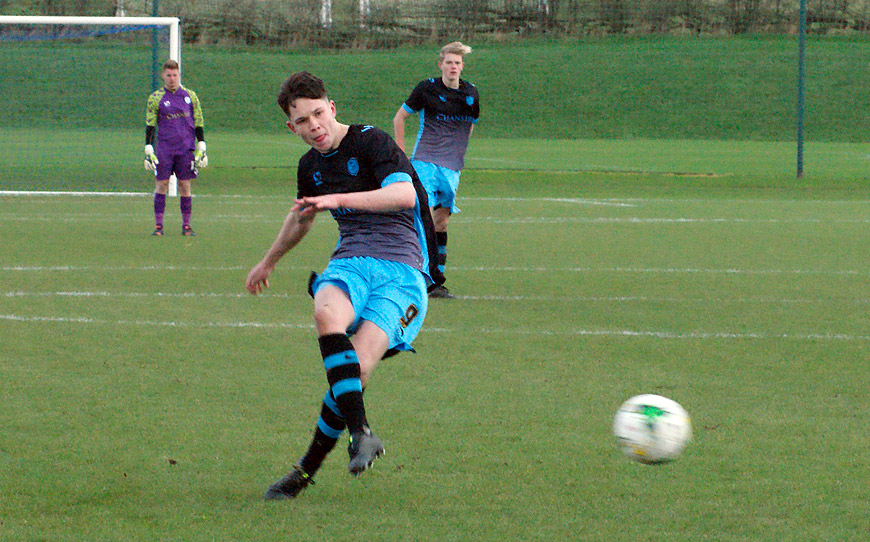 George Hirst hit a double on his first start for England’s Under-17 side in their 2-2 draw against Germany on Sunday afternoon in the Algarve Tournament.

Sheffield Wednesday striker Hirst registered a first-half brace for the Young Lions led 2-0 before a German fight-back ended in a stoppage time equaliser.

Hirst, one of five apprentices from Football League clubs in the England starting XI, impressed as did Ipswich Town goalkeeper Nick Hayes who made a second half penalty save.

This result followed on from Friday night’s draw against hosts Portugal but it could have been even better for Steve Cooper’s side who started on the front foot.

Ed Francis (Manchester City) picked out Hirst on his full debut and the Owls striker did the rest by beating two defenders before finishing past German keeper Lennart Grill.

Hirst scored his second of the game seven minutes later but Germany recovered in the second period. Florian Baak reduced the arrears for the Germans and substitute Renat Dadashov restored parity in the final minute of stoppage time.