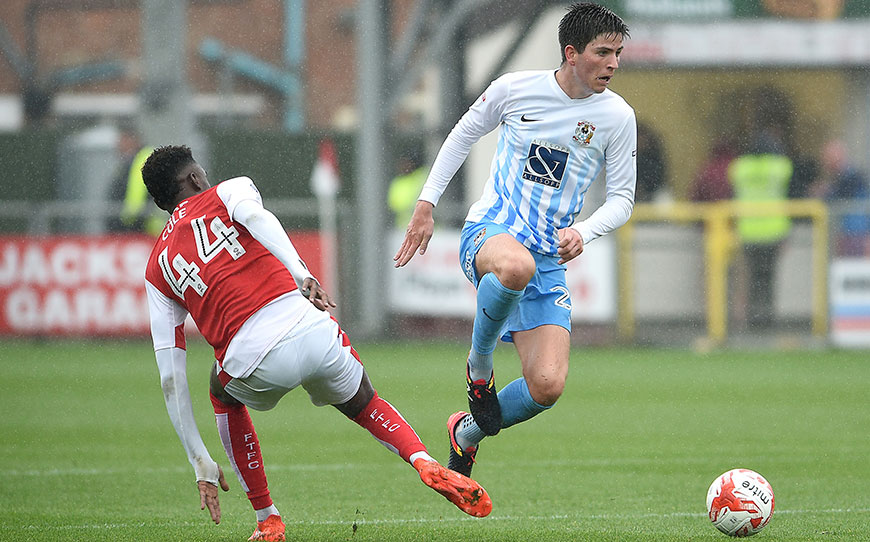 Coventry City defender Cian Harries has signed a new contract with the League One club until the summer of 2020.

The 19-year-old centre-half, is a product of the club’s academy and this latest contract marks an extension of 3-and-a -half years to his previous deal.

He made his first team debut in May and has featured on nine occasions this term.

“We are grateful that Cian and his advisors have put faith in the football club and have committed to a future here,” said interim manager Mark Venus.

“The club are trying to build a solid foundation for the future, and doing that by investing in both homegrown and acquired talent on long-term deals.

“Cian is another one of our talented Academy graduates to sign an extended deal and that is a show of belief in the club model.

“I would like to thank everybody involved in the negotiation process and look forward to watching Cian develop his career this season and beyond.”