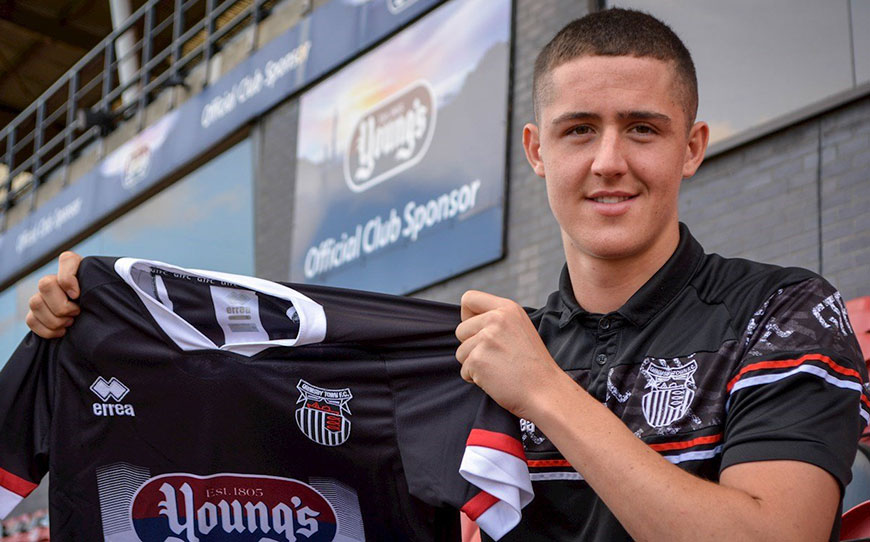 Grimsby Town have tied up the immediate future of academy defender Jaz Goundry, who has penned a one-year professional contract with the club.

The 17-year-old joined the Mariners in July 2019 and has developed under the guidance of Academy Manager Neil Woods, following the likes of Harry Clifton, Max Wright, Mattie Pollock and Joe Starbuck in progressing to the first-team squad.

Manager Paul Hurst told the club website: “Jaz deserves his contract. In the games I have watched, he has competed very well and we believe there is the opportunity there for him to improve further. Neil Woods and Callum Lester have helped Jaz make great strides to earn this opportunity.

“He has an excellent attitude, which has helped him improve his game and is a key factor we look at when we make decisions on players.”

Goundry said: “I am buzzing, I am still over the moon with it all, to be honest. I am looking forward to getting back into it, coming back in for pre-season and hitting the ground running as soon as I get started.

“I’m a centre half and I’m 6’4, so that puts me at an advantage at the back. I love getting my head on the ball, playing out from the back when I can and I also love putting a tackle in. I’ve always been a defender, in all honesty.

“I didn’t start football until I was about 10-years-old. I’ve done a bit of everything, from rugby to boxing, but I am absolutely loving it here. Woodsy has been a great manager for me. He helped me out massively in my first year at the club and has helped me settle and that carried on into my second year, so I am thankful.

“I’m buzzing to get started already. I am sure it’ll be a lot different and much more difficult, but it’s something I’m excited about. I’ve been down today to see the manager and he has told me his plans for next year, what he wants from me and it’s an exciting time.

“We need to try to get back up to where we belong as quick as we can. Next year is a big year, so we need to get a team together, put in a strong pre-season, get some games in and start the season as well as we can.”