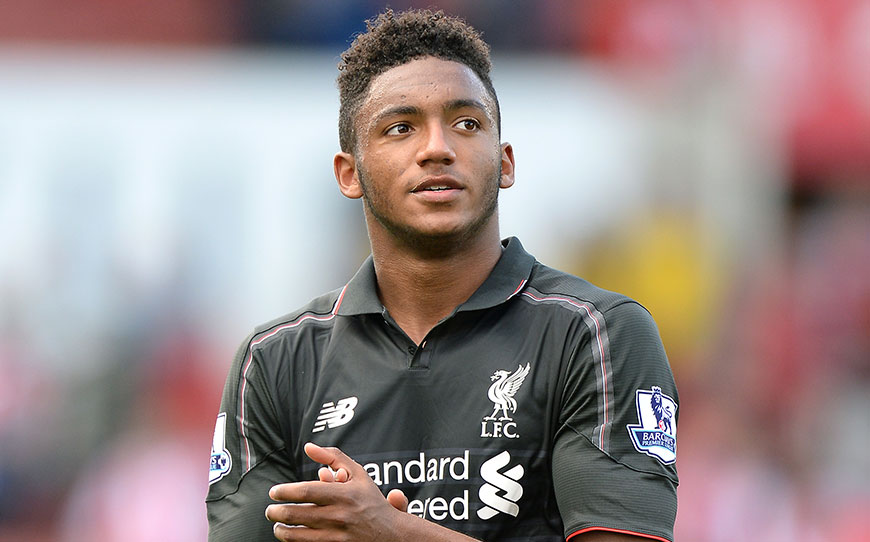 Charlton Athletic’s academy manager Steve Avory believes that Joe Gomez is reaping the benefits of developing into a first-team player at the Addicks before making a Premier League move.

The 18-year-old, who made his Anfield debut last night in Liverpool’s 1-0 win over Bournemouth, could have left Charlton Athletic’s academy soon after his 13th birthday, but opted to continue his development designed by Avory and former academy director Paul Hart.

“Joe was part of a very talented group at Charlton but, unfortunately for us, Chelsea came in for a couple of them – one left at 12 and another at 16,” Avory told The Daily Telegraph.

He continued: “I’m sure Joe was attracting plenty of interest too, but he and his family were always very supportive and understanding of what we were trying to do at Charlton and he stuck with us. So there is some pride when someone takes that path like Joe.”

Avory worked with Gomez from the age of nine and hasn’t been surprised to see his impressive start to life in the Premier League.

“Joe has always been someone who has thrived with a challenge. He showed it last year for us.”

“He was only in his second year of scholarship, part of the Under 21s, when (former manager) Bob Peeters called him up for pre-season. He was suitably impressed,” he added.

The talented defender made 21 appearances in the Championship last season before his £3.5m switch to Liverpool and Avory insists that he has all the attributes to make a swift and successful transition to the top flight.

“On top of all the other great assets – outstanding pace and strength – what stands out is his mental strength. That’s what will be holding him in good stead at Liverpool because he is level-headed, conscientious and composed.”

“He handles possession well which is why he is coping with being used at left-back. I can’t recall him ever playing there much for us. But no one is surprised by how composed he looked. That’s how it has always been whenever he has been asked to step up a level.” Avory said.

“He was an under-15 when we gave him his debut for the under-18s. There are not many who do that. He’ll be a centre half eventually but you can see his versatility already,” he said.

Hart continued: “The perfect footballer does not exist but you look at all the assets Joe has – pace, strength, comfortable with the ball at his feet. It is very easy to see he has all the attributes to be a top player.

“He’s someone who always wanted that extra challenge.”

“It wouldn’t have been good for him to still be playing under-21s. Credit to Brendan (Rodgers) for putting him straight in there. So much of it is about giving these young English players the opportunity and it is so difficult at those top five clubs to get that chance.”

“There were always been big clubs looking at him and it can be hard to resist when you are 15 and 16, getting big offers, but he and his family always felt Charlton was the right place for him and they have been proven right.