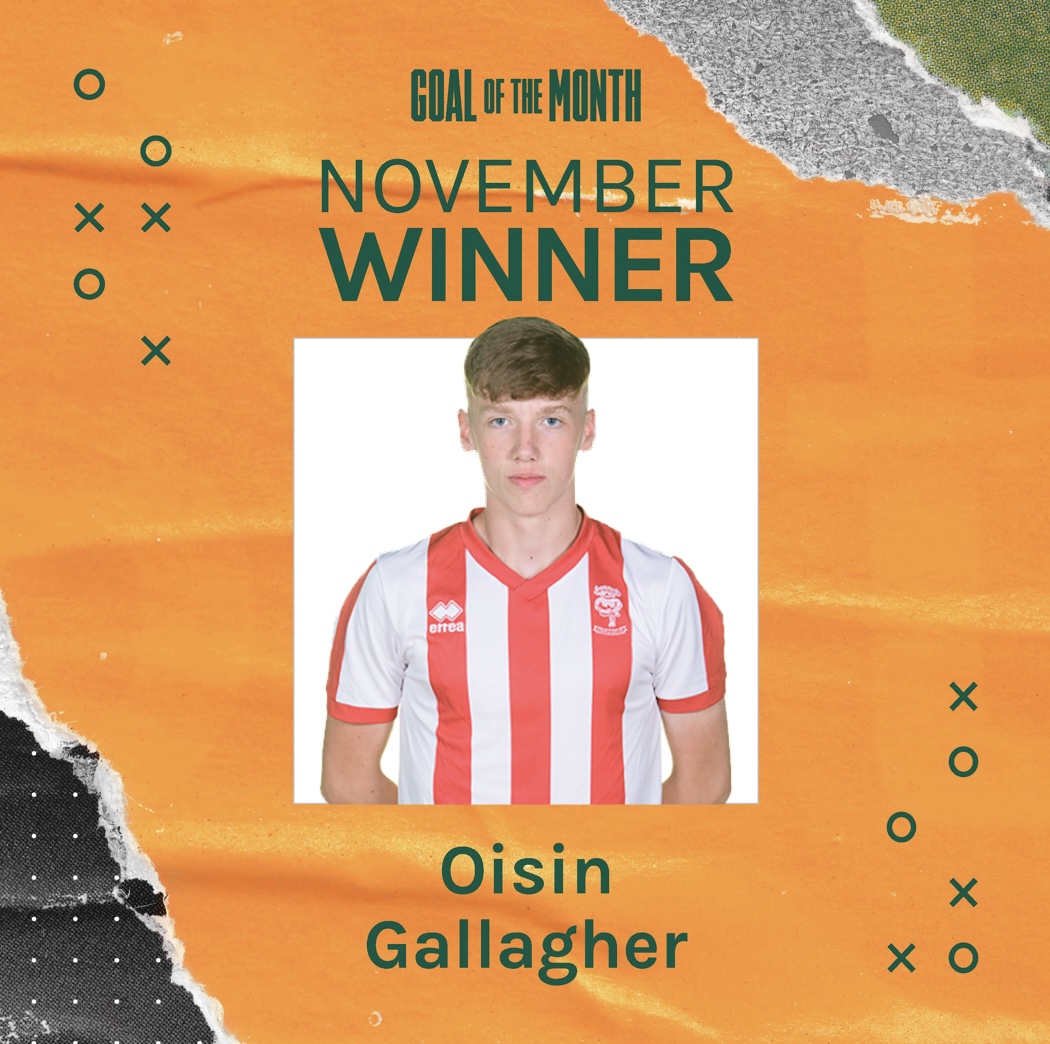 LFE is pleased to announce that Lincoln City’s Oisin Gallagher is the winner of the LFE GOTM award for November.

His strike received 47% of the vote, beating Salford City’s Harvey Walsh to the crown, who received 36%.

Midfielder Gallagher will now join Plymouth Argyle trio Jeff Forkuo, Will Jenkins-Davies and Rhys Shirley in the hunt for LFE’s prestigious Goal of the Season award.