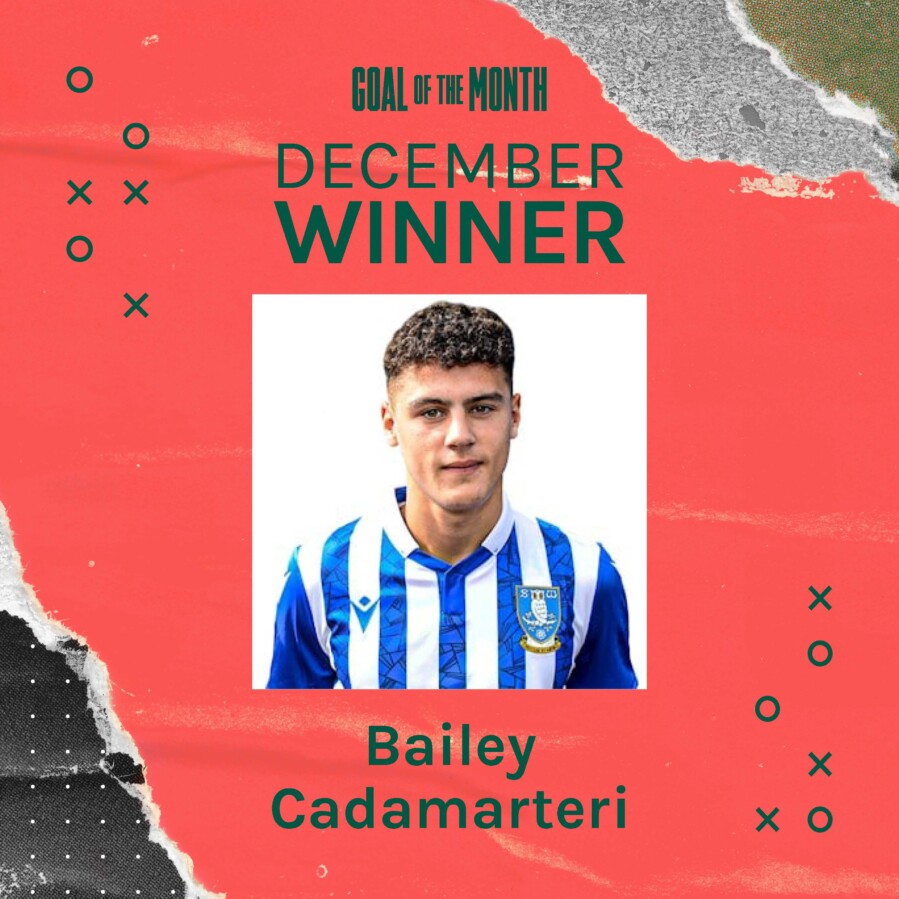 LFE is pleased to announce that Sheffield Wednesday’s Bailey Cadamarteri is the winner of the LFE GOTM award for December.

The first-year apprentice scored the only goal of the game to knock Southampton out of the FA Youth Cup last month. His curling finish rounded off an impressive counter-attack at St.Mary’s Stadium and received 41% of the votes.

In second place was Emre Tezgel of Stoke City with 23%, with Harrogate Town’s Brad Williams closely behind in third.

Forward Cadamarteri will now be in contention for LFE’s prestigious Goal of the Season award, alongside Jeff Forkuo, Will Jenkins-Davies, Rhys Shirley and Oisin Gallagher.