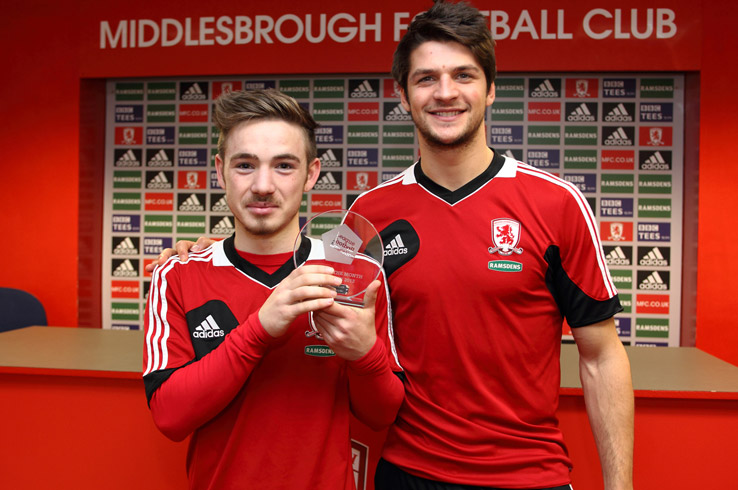 LFE is pleased to announce that Middlesbrough’s Dylan McGlade is the winner of the December 2012 Goal of the Month award.

The Irish youth international fired home a left-foot shot during Boro’s 3-1 win over Liverpool last month to pick up close to 40 per cent of all votes cast. He was presented his trophy by first-team Academy graduate George Friend.