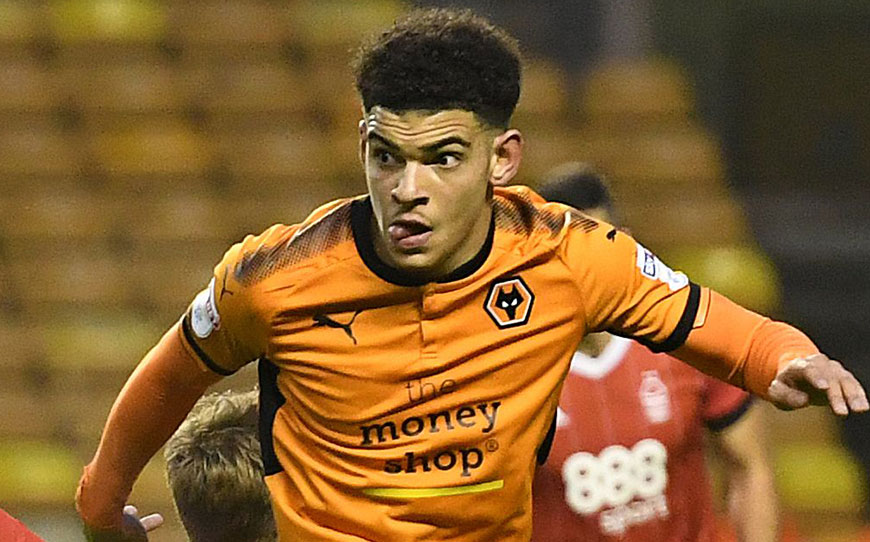 The 18-year-old made his first-team bow at the age of just 16 in a 2-0 FA Cup victory over Stoke City in January 2017 before being handed his first league appearance a month later against Wigan Athletic.

Gibbs-White appeared eight times in total last season and has earned three further outings to start 2018 having recovered from injury in recent weeks.

The midfielder starred on the international stage throughout October last year when he made a significant contribution to England’s Under-17 World Cup triumph in India.

He featured in every Young Lions match during the tournament and scored twice, including the equaliser in the final as England overturned a two-goal deficit to beat Spain 5-2.

Gibbs-White told the club website: “The club has done so much for me, so it was only right for me to sign a new contract here and extend my Wolves career even longer. I’m happy that my future here is settled and I can now push forward.

“The last year has been ridiculous, it’s gone so quickly. I haven’t had the time to concentrate on anything other than football but I don’t mind that because I love the game.

“December and January have been busy months with the games that we’ve had so I’ve been concentrating on that and training more than anything else.

“I’m learning more and more things when I come into training every day and that’s helping my experience of the game to grow.”

Sporting Director, Kevin Thelwell, said: “For a Sporting Director that’s been here for a long time, there can’t be a better situation than a boy coming in the building at eight years of age and then going all the way through the ranks of the Academy, ending up playing for England, winning the World Cup, making his debut and playing in the first team at 17-years-old.

“I’m proud of Morgan, his family, the Academy and everybody involved in his development. We couldn’t have a prouder moment than for this to happen.

“In the short time that he’s been with the first team group, I think he’s proved that he’s more than capable of stepping up so I’d be very surprised if he didn’t make more appearances before the end of the season. He’s given himself a good shot of becoming a regular. He’s always had the potential, now he’s proving that he’s got the ability.”

Meanwhile, Academy Manager Gareth Prosser added: “I’ve worked with Morgan for many years and I couldn’t be happier for him and his family.

“He’s worked extremely hard to get to this position and thoroughly deserves his new deal. It’s now up to him to continue to do all he can to become a regular in the first team.”