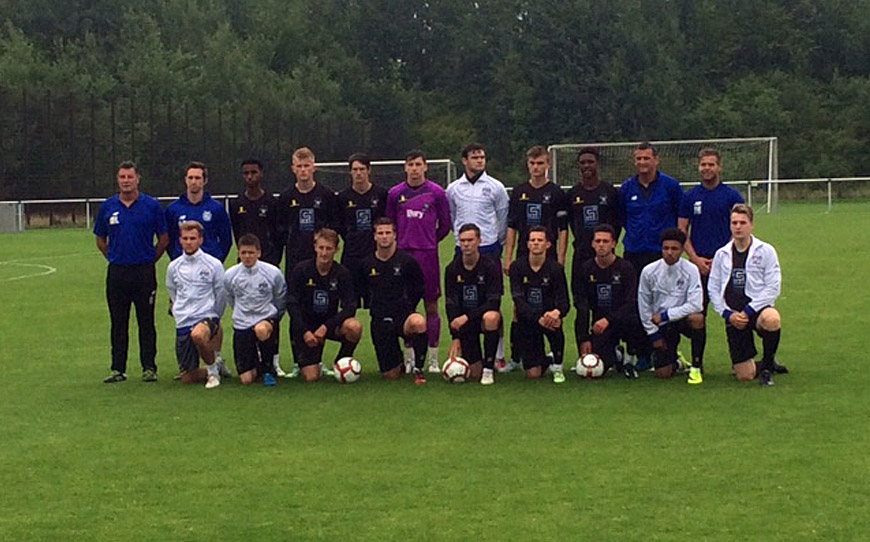 Our fixture against Bochum was not only a game between them and Bury, but it was also a battle of Germany against England and the mind games started from the off as they refused to shake our hands before kick-off.

We knew we were in for a battle and so it proved. They took the lead early on as we sat in and tried to counter with pace. In hindsight, our tactics did not work as efficiently as we’d have liked and we soon adopted a more positive approach of pressing them high up the pitch.

Hey presto – latching on to a stray pass I managed to hook a ball beyond their keeper. Honours even!

Then five minutes before the break we (I) scored again – this time we put together a great passing move. I was banging them in for fun! As the second half began we started to feel that the rub of the green, or more aptly the shriek of the referee’s whistle, was turning against us. Anyone remember the final game in Escape to Victory?

There were now some tasty tackles flying in which, coupled with theatrics of one or two players, caused the referee a real headache. The award of a penalty brought them level and then there were a series of flash-points between the players before they edged ahead. Thankfully Will (Osgathorpe) banged in an equaliser and we felt satisfied with our afternoon’s work as the game concluded.

The day after we went to the war museum in Overloon and our guide told us everything about the place, war and various battles. He even went through all the artillery and why the ‘jerry can’ became so popular globally.

This trip to the museum really put things into perspective and made myself and the lads take a step back and think about the sacrifice that those involved in both World Wars and other conflicts make. Football in the scheme of things isn’t life or death and millions of people gave their lives to ensure the freedom of others.

A very eye-opening and worthwhile experience!