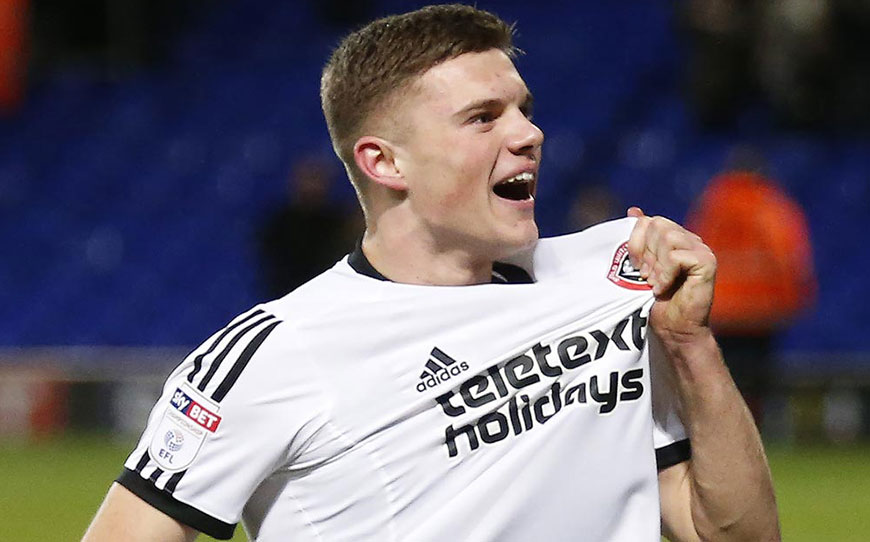 By Joe Harris: Sheffield United Under-18s manager Derek Geary has hailed the progress of second-year apprentice Regan Slater after his recent progression into the first-team.

The 18-year-old made his senior debut in November 2016, scoring in a 4-2 Checkatrade Trophy victory over Grimsby Town to become the club’s youngest ever scorer in a competitive fixture.

Since then, he has established himself as a key member of the youth sides, captaining both the Under-18s and Under-23s before being handed his first taste of the Sky Bet Championship two months ago in a 1-0 defeat to Preston North End.

The promising midfielder was then introduced as a half-time substitute in a 1-0 win at Ipswich Town in the third round of the FA Cup and Geary is confident that Slater will continue to impress at first-team level.

He told LFE: “He has got the drive to captain this club in my opinion, he has the correct attitude and the desire to want to win every week and the talent to back it up.

“If he continues the way he is going, which I have got no doubts about, he can go onto to be one of the best midfielders in the Championship.

“The boy has got a great head and no challenge will get too big for him. If Regan plays in the first-team there is nothing to worry about, he’s composed and will be comfortable at that level and eventually become a top player.”

Progressing youth players through the ranks has become a common theme at Sheffield United, with Welsh international David Brooks a prime example of that having made 19 appearances in all competitions this season before being struck down with glandular fever in December.

Geary continued: “Obviously we want results, but at Under-18 level I think it is just as important to give the younger lads a chance.

“But if we keep giving them a chance it can only help them going forward playing against stronger, more capable players.”