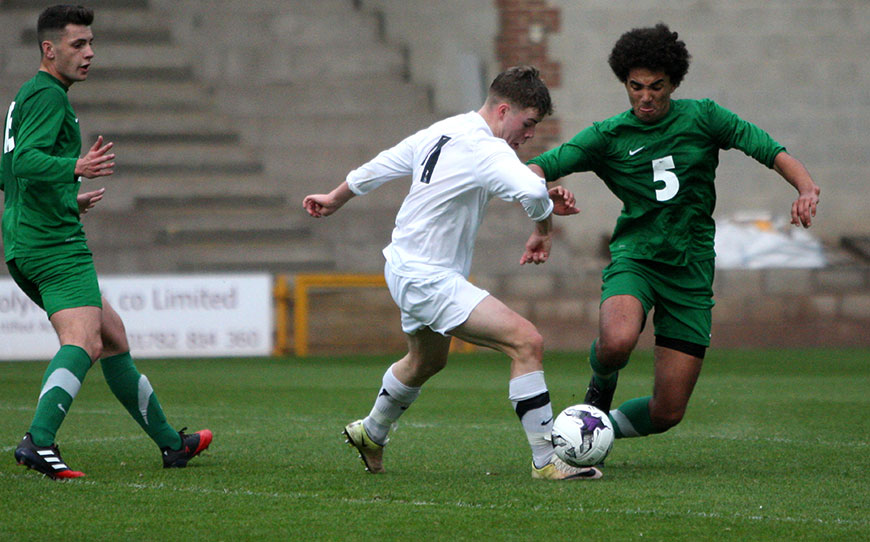 Over 200 players were on display across four events under the watchful eye of a number of scouts from clubs and universities from home and abroad.

“It’s been good. This is my third one and they’re all good and it’s good for the lads to give them a little bit of exposure,” Gaughran said.

“We just come open and just see what there is and if there’s anyone that catches our eye then obviously we’ll put it on the piece of paper and see if they get in contact with us.”

Gaughran stressed the importance of these type of events for players to remain in the game, as well as helping clubs unearth any potential starlets, and encouraged others to get involved.

“But that’s something they’ve got to combat because when they’re on trial it’s going to be exactly the same for them and they’re going to play with players they’ve never played with, so it’s a good experience for them.

“I think it’s great exposure for the players. It gives them a great opportunity to showcase their talent to Heads of Recruitment, to scouts, to Universities in America, there are loads of different things that come to them, so it’s just going to help the players and it can also help the clubs.

“It’s massively important to come along just to see what there is and it gives you new names and new players that you’ve probably never known, never seen or never heard of, so you can hopefully get a gem from it.”